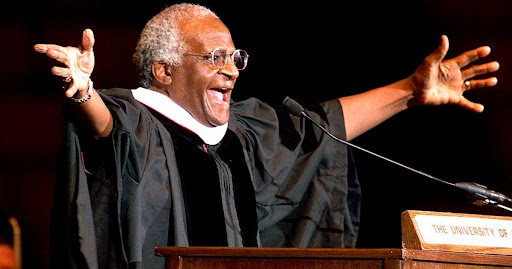 90-year old anti-apartheid icon’s death caused a gloom on the South African people as tributes pour in for the Nobel Prize awardee. Archbishop Desmond Tutu dedicated his life to the non-violent struggle aimed at ending racial segregation in the country. His death was mourned by racially diverse groups as they laid wreaths in his respect.

The revered 90-year-old Anglican priest’s work to end racial inequality has influenced people across the globe to fight injustice in any field. South Africa witnessed memorial services across the main cities of Pretoria, Bloemfontein, and Cape Town.

Modibe Madiba, involved in alternative media of Insight Factor, said that young Black Africans live in the positive consequences of how leaders like Archbishop Desmond Tutu shaped the country. He added that the entire nation feels impacted by Tutu’s legacy who fought against apartheid and enabled the young generation to inherit equality.

Madiba also said that Archbishop Tutu must be remembered for being part of the elite group for Black after he denounced Apartheid. Archbishop Tutu followed the strategy of restorative justice which taught people that bloodshed is not the answer.