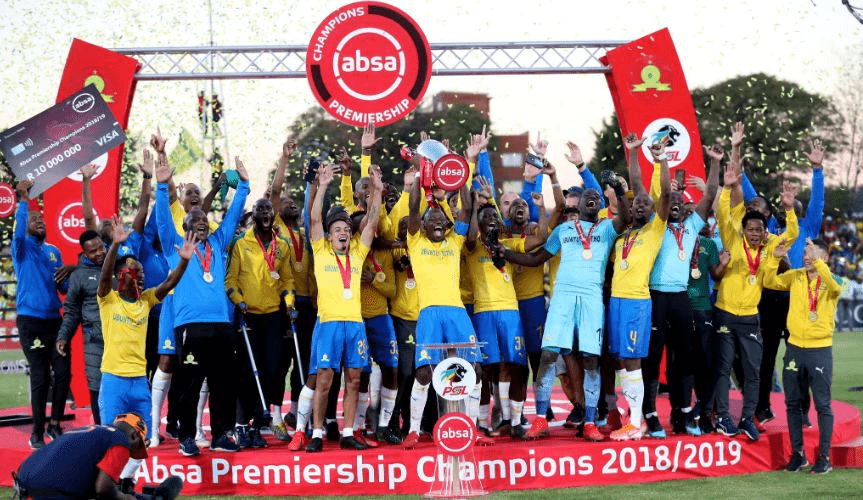 Following a suspension in mid-March due to the COVID-19 pandemic, South Africa ‘s soccer season 2016-2020 will begin on 8 August. Irivin Khoza, Chairman of the Premier Soccer League, announced on the date of Monday that the season will commence in the two semifinals of the Nedbank Cup. Mamelodi Sundowns, Bidvest Wits, Baroka FC and Bloemfontein Celtic are included in the semifinals.

The Absa Premiership, the top-ranked league for South Africa and the second level league of the GladAfrica Championships will start and is scheduled for completion in the first week of September, said Khoza. Local media have confirmed that the final Nedbank Cup is the last regular-season game, but the second and second weeks of September will include promotion/relegation play-offs. The scheduled matches shall be confirmed, published in due course, with their dates and start times.

“This publication will help to boost the country’s morale and mitigate some of the problems faced by our country and the world. The Sports Minister, the MEC in Gauteng, the SAFA, broadcasters SuperSport, Absa, Nedbank, GladAfrica and SAFPU have been informed by the participants. The arrangements are now being discussed. All the PSL clubs have done so in order to ensure compliance with the protocols, “Khoza said.

The season will start in a province in the bio-bubble of Gauteng, where all 32 Absa Premiership and GladAfrica Championship teams have been picked. The Gauteng province has been selected as the area that is the epicentre of the COVID-19 pandemic currently taking place in Gauteng. Over 445,000 confirmed cases of Gauteng have been reported in South Africa, accounting for 36 % of total infections. Recently, some soccer clubs including Sundowns and SuperSport United reported that some players and staff have screened COVID-19 positively but have since recovered.

According to Khoza, before entering the bio- bubble, every player and club crew would have to take two Covid-19 exams. The bubble is set to be replaced by teams operating for the rest of the season on August 7. The announcement is made a few days after FIFA announced that the Premier Soccer League has approved it to function within the deadline of 31 August.