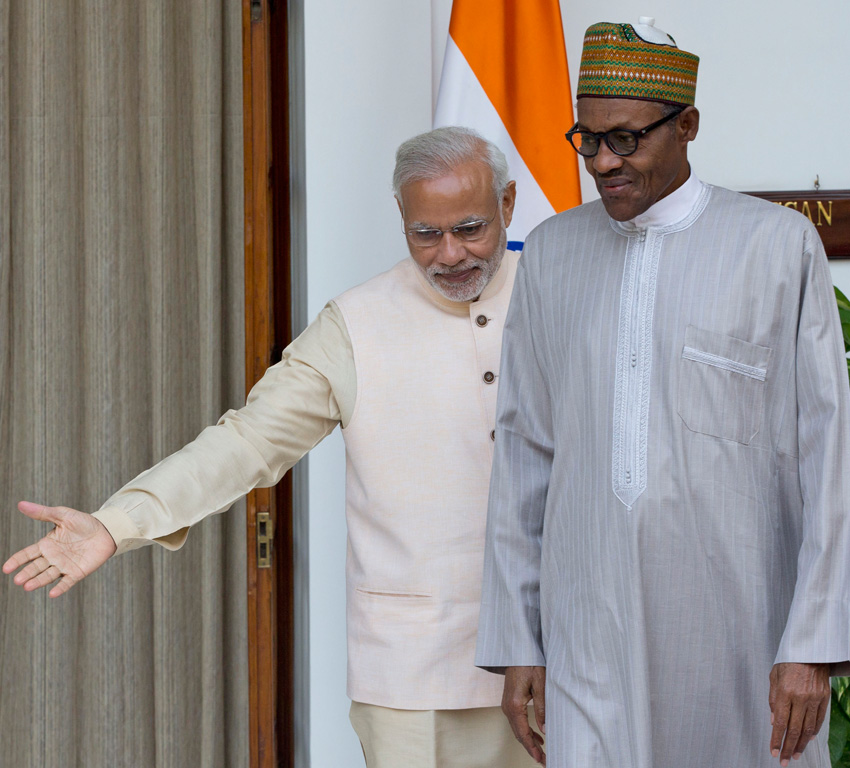 “The stone throwing and house burning is no longer a face of Nigeria. Nigeria is now a destination for investment and tourism.” — Saminu Kanti

Nigeria, the most populous country in Africa, accounts for almost half of West Africa’s population. Not only this, Nigeria is the 10th largest oil producer in the world, the largest in Africa, and is region’s largest supplier of oil to the United States. Nigeria is divided into 36 states and one federal capital territory that are further subdivided into 774 local governmental areas. Nigeria is member – nation of Economic Community of West African States (ECOWAS), Organization of Petroleum Exporting Countries (OPEC), and United Nations (UN). The Government has created a favorable climate for business and industrial ventures and has also put in place policies and programs that guarantee a free market economy. Administrative and bureaucratic procedures have been greatly streamlined.

According to the reports chalked out by the Federation of Indian Chambers of Commerce and Industry (FICCI), considerable progress had been made in introducing market-oriented reforms in Nigeria especially since 2008. These include modernizing the banking system, removing subsidies, and resolving regional disputes over the distribution of earnings from the oil industry. The government was also working towards developing stronger public-private partnerships for roads, agriculture, and power. Nigeria had witnessed impressive growth in the past few years. In fact it was the fourth fastest growing economy in 2000-2010 with an average annual growth of 8.9% and continues to be one of the fastest growing in the foreseeable future. GDP rose strongly in 2007-11 because of growth in non-oil sectors and robust global crude oil prices. The main drivers of growth were in the nonoil sector namely, telecommunications, general commerce, manufacturing, agriculture and services. The country has had a total investment inflow of US$ 6,099 million in 2010, attracting 53.8% of the total FDI in Western Africa. Manufacturing and processing have traditionally attracted the maximum share of Nigerian FDI inflows, followed by miscellaneous services and mining and quarrying, with almost equal shares. While USA has been the largest investor in Nigeria since 2008, companies from Asian economies, especially China and India are also expanding their foothold in Nigeria.

It was the second best investment destination in Africa according to a survey conducted by the Africa Business Panel in 2011. The primary reason for this outright preference by investors is summarized as follows: the country is the most populous and among the largest consumer markets in Africa, with a fast-growing economy and an emerging middle class that is demonstrating an increasing level of confidence. Nigeria’s latest Export Credit Guarantee Corporation of India (ECGC) rating is B1 which stands for moderately low risk category. Nigeria’s overall rank is 131 out of 183 economies across the globe in the “Ease of Doing Business 2012”. Although its rank is 13th among the sub-Saharan countries, it ranks 4th among them in “Getting credit” and 8th in “Protecting investors”.

Petroleum- and gas-producing companies were subjected to 85% petroleum profit tax and a concessionary rate of 65.75% during the first five years. Nigeria provided a tax holiday of five to seven years to selected companies located in economically disadvantaged areas. There were similar concessions granted to companies with high labor/ capital ratio and companies engaged in greater value addition. Nigeria Vision 2020 was prepared by the Government of Nigeria aiming at catapulting Nigeria among the world’s top 20 economies by 2020. The Government of Nigeria has signed bilateral investment promotion and protection agreements (IPPAs) with several countries to ensure the safety of investments in the country. These investment agreements were signed with the UK, Germany, Belgium, South Africa, Italy, China, Jamaica, Sweden, Turkey, France, Netherlands, Romania, etc. The Government of Nigeria aimed to boost the power generation capacity to 10,000 MW by the end of 2011. To achieve that objective, it had rehabilitated existing power infrastructure and intended to invest in new power projects. Nigeria also allowed 100% foreign ownership of firms outside the petroleum sector, where investment was limited to existing joint ventures or production- sharing agreements.

The cordial story of trade

Relations between Nigeria and India have always been cordial. Since 1998, Nigeria’s trade with India has increased significantly – rising from $293.71 million in 1999 to about $875 million in 2006. In January 2010, the Government of India stated that it will conclude 3 bilateral trade agreements with Nigeria, targeting trade worth US$20 billion and investments of US$10 billion by 2015. The PAN African e-Network had been inaugurated, where Nigeria would be a beneficiary. The 130 seat ITEC (Indian Technical and Economic Cooperation) quota for Nigeria for the year 2010-11 was fully utilized. In 2011-12, it had been further increased to 190. During the first eight months of 2012-13, 188 slots have been utilized. With over 100 companies in Nigeria, the Indian investment portfolio has continued to remain strong and well diversified. Between July 2007 and May 2011, a total FDI of US$28 million was routed from Reserve Bank of India into Nigeria. Indian investments cover areas such as manufacturing, pharmaceuticals, plastics,engineering, information technology and communication. Nigeria has been actively encouraging Indian companies to invest and expand Nigeria’s mining and development of coal, gold, iron, ore, chrome, lead and other mineral resources. Nigeria and India are strategic partners with Nigeria being the largest African crude-oil supplier to India and also the largest trading partner. India was also Nigeria’s biggest trading partner in the first quarter of 2012.

There are a few Indian companies that are carrying out successful businesses in Nigeria viz the State Bank of India, Ashok Leyland, Bajaj Auto, Tech Mahindra, the Bank of India, Airtel, Oil and Natural Gas Corporation- Mittal Energy, Birla Group, Bhushan Steel, Kirloskar Group, New India Assurance, Emcure Pharmaceuticals, Indorama, Olam International, New India Assurance, Skipper Nigeria, Dabur, Godrej, Primus Super-specialty Hospital. India is also a huge buyer of the Nigerian agro-commodity, cashew nut. India is a major global processor of cashew nuts. Nigeria has been the sixth largest exporter of cashew nuts, behind India. It exports most of its raw cashew nuts to India and Vietnam while the processed cashew kernels were exported to Europe and America being the largest consumer in the world. Other than this, the outstanding portion of 1.6% of exports to India comprises of wood, cotton, pearls, rubber and gum Arabic. As per a PTI report, “From Oct 26 to 29, India Africa Forum Summit is being held here (in New Delhi). On Indian soil, it is for the first that an event of such a big scale is being held. Leaders of 54 African countries and Unions have been invited. Outside Africa, this is the biggest convention.”