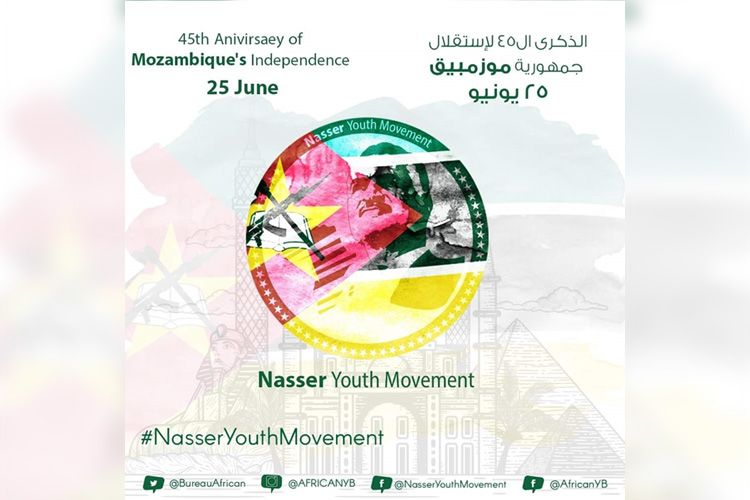 Mozambique suffered Portuguese colonialism that lasted for four and a half centuries. Portugal imposed its control over the country at the beginning of the 16th century and established a strong presence in the region effectively controlling it. In 1962 several anti-colonial groups came together to form the Mozambique Liberation Front (FRELIMO). In September 1964, they launched an armed guerilla campaign against the Portuguese.

This has happened in parallel with similar armed movements in other Portuguese countries such as Angola and Guinea-Bissau, and this conflict lasted almost ten years until FRELIMO took control of Maputo, capital of Mozambique, in April 1974. Mozambique’s independence was officially declared on June 25th 1975.

Egypt had a major role in the independence of Mozambique, as Egypt hosted, during the era of the late President Gamal Abdel Nasser, a number of Mozambican liberation movements that were later united in Tanzania to form the Mozambique Liberation Movement (FRELIMO). Egypt also hosted the cadres of the movement after its formation and provided them with the necessary political and technical assistance to prepare them for the stage of the struggle for independence, and during the period of the liberation war, Egypt provided the movement with arms and training.

Egypt was one of the first countries to recognize the Republic of Mozambique after its independence in 1975, and it opened its embassy in Maputo, the capital, in September of the same year as the sixth embassy to open in the country and the first Arab embassy.