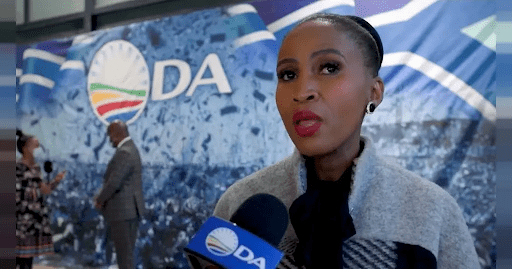 Mpho Phalatse, the newly elected mayor of Johannesburg is a medical doctor by profession. Johannesburg residents say it’s a sign to have someone of her calibre. it will be considered as part of the city’s leadership.

Mayor Phalatse said “I am delighted and relieved about the new mayor and the fact that she is female. I believe that we need more female leaders because women are all about order and discipline. Now in Johannesburg, there will be more order than there ever was under the leadership of males. In Fact, we were not satisfied or assured with the rulership of males. I was not happy even though I’m male.”

Mayor Phalatse said all this because of his concern and the fact that Johannesburg needs stability while prioritizing delivering basic services.

“A female leader might treat us well. We want women to lead and run the country because of their discipline and order. We need her to focus on basic services like roads and bring water to our townships. She must see and witness how we live “Johannesburg this year experienced the death of two of its mayors. The most recent Mayor, Mpho Moerane served in the position for only two months before being replaced by Phalatse this week.