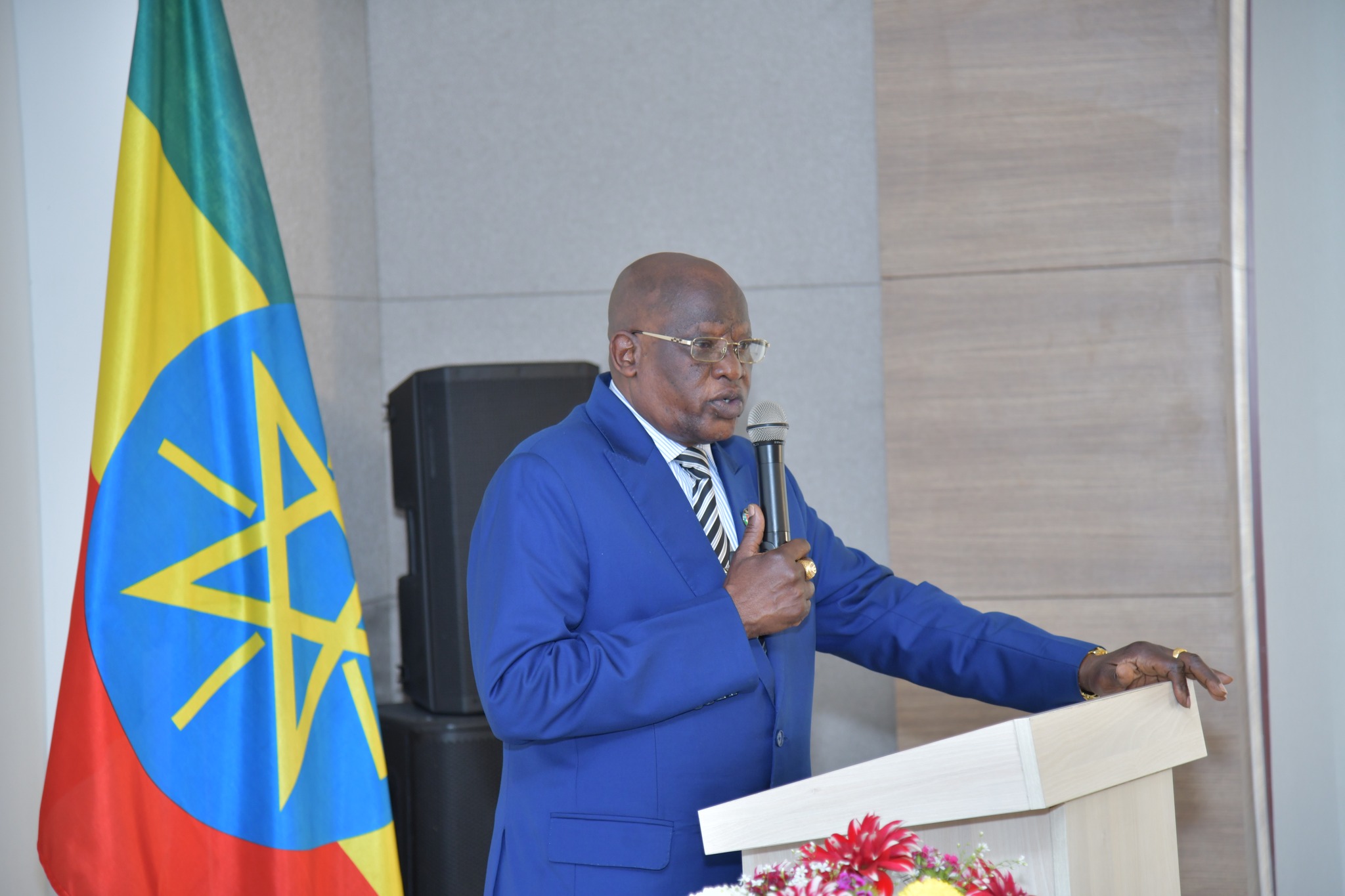 The 126th anniversary of the Victory of Adwa was colorfully celebrated at the Embassy of Ethiopia in New Delhi. The event was graced with the presence of former First Lady of the Federal Democratic Republic of Ethiopia H.E Roman Tesfaye, distinguished ambassadors and high commissioners, members of the diplomatic corps, Ethiopian students in different Indian universities as well as members of the Ethiopian community, to celebrate the historical event that has shaped Ethiopian history heralding hope of freedom for the African peoples in Africa and beyond. “For Ethiopians the Adwa victory is an expression of freedom, honor and what defines Ethiopians as a people” H.E Amb Tizita Mulugeta said on her remarks. “When we decide to celebrate this special event in our embassy, we wanted to underline the fact that the victory has to be celebrated in an atmosphere of fostering freedom and unity” she added. Former First Lady, H.E Roman Tesfaye, reflecting on the victory of Adwa, stressed on the role and significant contributions of women in the battle and further talks about women’s struggles and sufferings in a society especially in the wake of wars. The guest of honour H.E Dr. Daniel Peter Othol, Ambassador of South Sudan and Dean of African Head of Missions in India explained how Ethiopia became an inspiration and model for many of the anti-colonial struggles in Africa and its important role in the African Union. The event was highlighted by a panel discussion under the theme, “Adwa, Ethiopia’s Unity, Africa’s symbol of Independence”, to reflect on the broader importance of the victory of Adwa with in the African continent and beyond. The panelist, Mahlet Tesfaye, Diplomat at the Embassy of Ethiopia discussed on a brief historical overview of the Battle of Adwa, touching upon crucial historical events, the impact of Adwa Victory on the anti-colonial and independence movements of black peoples in Africa and its significance in inspiring resistance movements in the Americas.