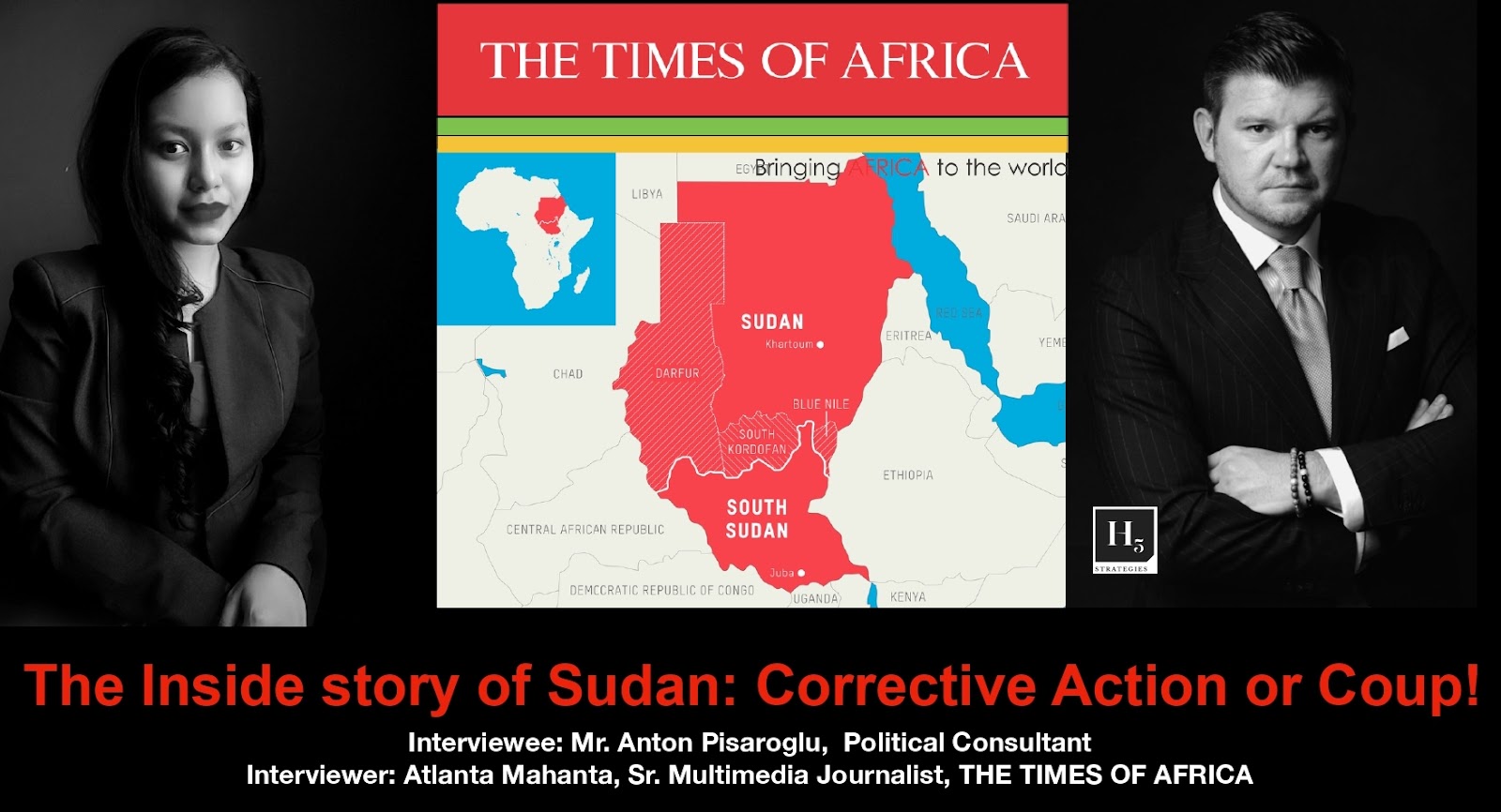 International media have been swift to report on the recent events in Sudan as a military-style coup that threatens democratic development in the country. But the situation on the ground appears to be far more complex than the international media narrative suggests.

Since last week’s dissolution of the Council of Ministers and Sovereignty Council of Sudan, an eleven-member mixed civilian-and-military organization tasked with running the country until the November 2022 elections, The Times of Africa has received conflicting reports and expert assessments as to how events unfolded and their significance for Sudan’s future. While some experts believe that the councils’ dissolution was an orchestrated effort by the military to consolidate power, others suggest that the move was, in fact, a short-term, corrective action to replace a government plagued by corruption, nepotism and lack of observation of rule of law.

To get a better sense of what happened and how things are unfolding on the ground, we reached out to our long-time contributor, Romanian political strategist Anton Pisaroglu.

A. Sudan’s transition to democracy is not “doomed.” In fact, I believe it is very much on track. Perhaps even more than before the most recent events transpired. International media have been quick to report on the situation on the ground as a “coup,” but the events are far more involved. The military was forced to take action to prevent the further deterioration of an already precarious situation in the country, which had evolved due to economic turmoil and the government’s failure to act adequately to remedy the situation.

I believe that a more reform-oriented government will be put in place that will continue to steer Sudan in the right direction and maintain all its commitments before the EU and the international community.

Q. What were the immediate factors that led to the present situation?

A. It is a complex picture. But this is the substance of what happened and where things stand.

There were very deep divisions within the Forces of Freedom and Change that led it to split into two factions. Subsequently, public opinion is also divided in relation to the transitional government. The immediate consequences of this were a failure to form the legislative council and appoint the chief justice, supreme court and governors, an inability to implement peace agreements, which created a very high risk for the peace rivals to return to war, and a lack of response from the prime minister after he promised to install a more reform-oriented government.

Although this has primarily gone underreported by media outside Africa, massive social disturbances have occurred across Sudan in recent times due to economic hardship.

In past months, we have seen many uprisings in Sudan. In Red Sea State, we saw crowds of people block the main road to the port, which led to a severe lack of food, fuel and other strategic commodities in the country. In Sinnar State, we saw protestors occupy the state institutions and demand the removal of the governor and the dissolution of the central government. In the River Nile State, we saw throngs of people block the main road linking Sudan with the Northern States. And, in Khartoum, we saw thousands of people protest in front of the presidential palace. All these factors added tremendous pressure on the government to take urgent action to save the country from the brink of ruin. However, the government, it appears, failed to act. Both Sudanese and African media have reported that consultations were held repeatedly with the prime minister, who agreed to reshuffle the government in order to introduce a more reform-oriented Cabinet. But then he outright refused to do so.

So, it appears that what occurred was, in reality, not a coup, as many media are reporting right now, but rather a corrective action that was taken to ensure that Sudan gets back on track and fulfils its obligations before both the people and the international community.

Q. Do you think what happened was inevitable?

A. I think that what happened was both necessary and inevitable. If it did not happen today, it would have happened tomorrow. So, it is better that it happened today. This is my opinion.

It is important to remember that Sudan is still a fragile state. The prime minister has failed time and again to deliver on his promises to improve grave regional inequalities in wealth distribution, underdevelopment and a lack of basic services, not to mention to eradicate corruption and nepotism. The Sudanese people deserve the change they were promised when they took to the streets and deposed the former dictatorial leader, Omar al-Bashir.

Public opinion right now is very much shifting to the side of these new changes. The people know that the country is teetering on collapse and further delays to usher in the progress that they were promised could lead to a new wave of war and instability. Sudan’s military laws permit the general commander to intervene to stop such a collapse, and this is exactly what occurred.

Q. Why is public opinion changing right now in terms of what happened?

A. Public opinion was initially against what was going on. The Sudanese people were drawing conclusions from social media and the reactions of the international media. However, their perception changed after the prime minister was released and the head of the Sudanese Armed Forces held a press conference to explain why the dissolution had to happen.

Q. What do you think the military’s strategic vision was for the dissolution of the councils and what is the next action they might take? Do you think that they plan to remain on the road to democracy that the Sudanese people have chosen?

A. My sources tell me that the leaders believe what happened was a corrective action, and that it was necessary to save the country’s transition toward democracy. They do not in any way see what happened as a “coup,” as it has been portrayed in international media. They have already taken the next step and started to release detainees, open airports and unlock the Internet. And soon they plan to create the Sovereignty Council from representatives of all Sudan’s regions and to appoint a technocrat prime minister who will form the government.

I also believe that there may have been some unease in the military as to how the situation was depicted initially, and its leaders are working hard now to reassure their international partners that Sudan will continue on the path of democracy and uphold all its commitments.

Q. Nations are seeking urgent UN rights council meetings on Sudan. The UN calls on Sudan’s military to restore the transitional government. Those moderate civilians had hopes that this could be the shift to genuine democracy in Sudan. However, the Army and Forces of Freedom have agreed to hold elections by the end of 2023.  Looking at the present situation do you think this could lead protestors to a more aggressive stand in future?

A. Public opinion, as I mentioned, is increasingly on the side of the military leadership, who appear to be taking all the right steps to reassure the Sudanese people that the country is not changing course. In my opinion, it is important for them to articulate their objectives to their international partners. I think they realize this themselves, and this is what they are now trying to do. As their positive intentions gain more publicity, I think that we will see even greater support for this corrective action than we already do. So, in short, my answer is “no.” I very much doubt that we will see an escalation of these protests.

Q. Are there any alternatives to resolve this complex situation?

A. In countries like Sudan, it is important to remember that institutions are still young and fragile. They are often plagued by corruption, which has not yet been eradicated fully. Moreover, they are frequently steered at the top by individuals who do not have the country’s best interests in mind, and who are not willing to put their own personal interests second to those of the general public. This is why – in certain situations such as these – I do believe that corrective measures are, in fact, appropriate. What is important right now is for the military leadership to establish a reform-oriented, credible government that will guide Sudan forward and reaffirm to the people and the world that the country is committed to the path of democracy. Democracy is the only way.