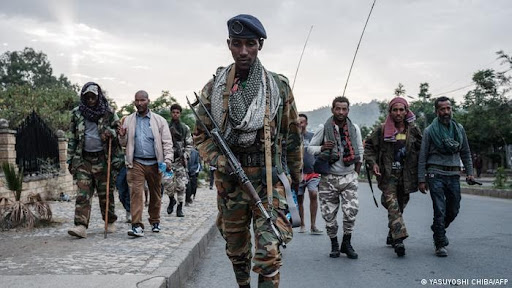 According to the Amnesty International report, it was highlighted that after the Tigray rebels attacked a town in the Ethiopian region of Amhara, they robbed, beat up, and raped the local women. The latest report to be released on Wednesday is the latest of the gruesome acts and accounts of troubling human rights abuse committed by the rebels in their conflict in the region.

The Tigray rebels are reported to resort to deliberate civilian killings in the region surrounding Amhara and sexually assaulting almost 30 women and girls in the village of Chena. Amongst the vandalised and looted regions, the rebels attacked medical facilities and other public properties.

Many women interviewed by Amnesty International reported that they were gang-raped by the Tigray rebels and sometimes assaulted with their children watching the gruesome acts, at gunpoint. The women also mentioned that they could identify the Tigrayans by their ethnic slurs and accent that was known as Tigray People’s Liberation Front (TPLF). As reported by TPLF, the women targeted in the region were mostly from low-income families doing low-grade jobs, most of who were suffering from health problems.