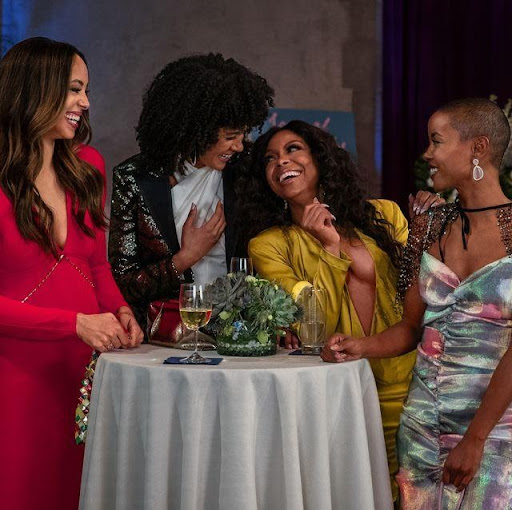 South Africa has become the creative epicenter with female lead shows representing and celebrating women as the powerhouse, battling barriers and reaching victorious. Each of these amazing series of women in South Africa shows women from all spheres of life with a cast that is as robust as its writing. Below is the list of shows that resonate directly with the experience of women.

Inspired by the real-life incidents of the nation-wide famous pyramid scheme, Easy Money is a quest to understand why people need pyramid schemes to make easy money. Easy Money is the story of a teacher Xoli Zondi aka Khosi who falls prey to the pyramid scheme that is run by a shady company Pharaoh Investments and depicts how her life changes after that.

Representing the collision of the society’s two worlds, The River is a beautiful but harsh depiction of a polished mining magnate, Lindiwe Dlamini Dikana aka Sindi Dlathu. The 2019 Emmy Award nominee show represents two ends of the river, where one end is populated by the upper crust of the society and the other end is inhabited by the common people.

The drama series MTV Shuga deals with the issues of every day and educated its audience on the awareness of HIV/AIDS, teenage pregnancy, abortion, gender-based violence, toxic relationships, and the use of contraceptives.

A prison drama set up in South Africa, Lockdown represents a high-security prison for women where each woman has a backstory that slowly unravels as their paths are revealed with each passing episode. The prison inmates are led by the fierce Dawn Thandeka King aka MaZet who wants to break the shackles, gain her freedom and be a doting mother to her daughter who she left outside.

Encompassing the trials and tribulations of three women in the illegal business world of men, who battle to gain recognition. The shows depict how the three women (Celia, Clementine, and Tshepiso) survive after the tragic murder of their husbands and make it big in the cut-throat illegal business.