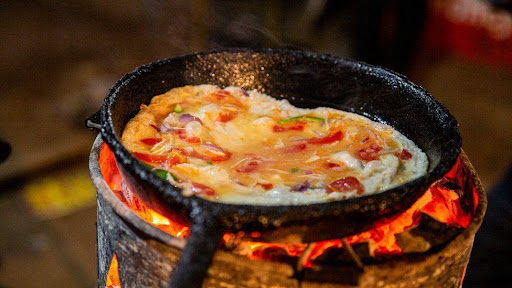 As surprising as it sounds, the world’s largest Rolex is not a Swiss watch but a food item from the continent of Africa that has made its way to the Guinness World record. The Rolex, weighing 204.6kg is a 2.32m long food item stemming from East Africa as a delectable street food item.

In the words of the people of Uganda, “We don’t wear Rolex, we eat Rolex – the snack – is a shortening of “rolled eggs”, the now world-famous food item has gained a massive fan base amongst the food industry.

The popular dish of Rolex is something that you will find in the street-side stalls across Uganda and is prepared from an omelette with various vegetables and tomatoes wrapped inside it like a chapati. People across Uganda relish the popular dish for its explosion of flavours and nutrients.

While this dish of Rolex was already a hit amongst the people of Uganda, its status as the world’s largest dish in the Guinness World Records gave it an official certification for the same. This hefty dish incorporated an array of ingredients, including 90kg of vegetables- tomatoes, onion, cabbages, peppers and carrots, 1220 eggs, 72kg of flour and cooking oil (40kg).

While true to most people’s imagination, this creation of a dish was not something that was whisked up randomly at the roadside on a stall. This dish took a total of 60 people to get it ready and the entire stream was mobilized by the Ugandan Youtuber Raymond Kahuna. He spent 14 hours preparing the dish by kneading, chopping and frying the required ingredients. He did this task in a temp kitchen, outdoors in Kampala, the east of the capital city of Uganda.

The challenge of preparing this massive dish of Rolex involved as much cooking skills as physics. The tricky part of the entire process involved moving the dough of 72kg flour to a frying plate without having to break it. The next tricky step involved moving it to the weighing machine to confirm its weight. With his team, Raymond had been working for months to ensure everything involved in the preparation of the massive sized Rolex went as expected.

It is believed that the delicacy of Rolex, a mouth-watering food item was first popularized by a food vendor. The purpose of the introduction of this dish was to sell this to hungry students from the famous Makerere University in Kampala. The popularity of this dish has since then spread to neighbouring towns and is now regarded as the favourite street food by the people of Uganda. And having a favourite dish in Uganda is exclusively complex considering it has a culture of routinely turned up food stalls by the side of the road every evening.

What also follows the crowd to find solace in this nutrient-rich dish is the fact that is available at a cheap cost. So, students, who do not have sufficient money to splurge in the expensive hotels turn to this roadside delicacy for flavour, nutrition and to calm their hunger.

It is this popularity that has led this food item to jump to posh venues and has now become a part of the upscale restaurant menus. However, the foodies in Uganda compare the taste of both hotel and roadside only to pass the judgement that the hotel Rolex is not even close to the flavourful Rolex available on the streets.

With its own Guinness World Record, Rolex, the original delicacy of Uganda is expected to bring more foodies to the streets of Uganda and have a mouthful of this speciality food item.