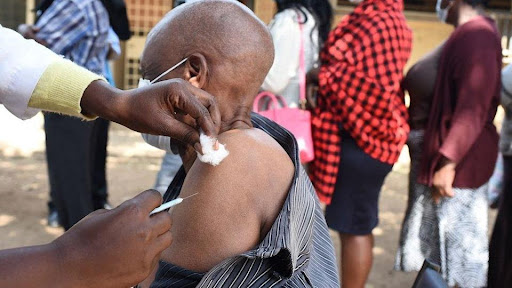 Kenyans have to prove that they are fully vaccinated against Covid19 as the authorities in Kenya have announced that from the 21st of December everyone who is still left to be vaccinated will be barred from using basic services like public transport and accessing government buildings, national parks, bars, and restaurants. This announcement was made by Mutahi Kagwe, Health Minister. they will have to show their vaccinated certificates in order to access these services. This action was taken because Kenya recorded a declining number of coronavirus infections in recent weeks. But a backdrop of heightened restrictions in some European countries was also seen which are battling soaring cases.

According to stats, vaccination rates in Kenya are currently less than 10% of the population. Data has shown that Kenya received 10.7 million doses out of which 6.4 million jobs have been administered. Infection rates however remain relatively low. An average of 59 cases of infections is reported every day. The government has set a new target of vaccinating 10 million people by the end of December. This however represents only 20% of the population.

No time to celebrate

Kagwe said “I have no doubt on looking at these statistics, it’s very easy to become smug and fail to appreciate the magnitude of the problem that we still face with the pandemic, The current decline in the number of infections may be attributed to a buildup of immunity both through natural exposure to the disease and the ongoing vaccination exercise. Nonetheless, we know that it’s not yet time to celebrate.”