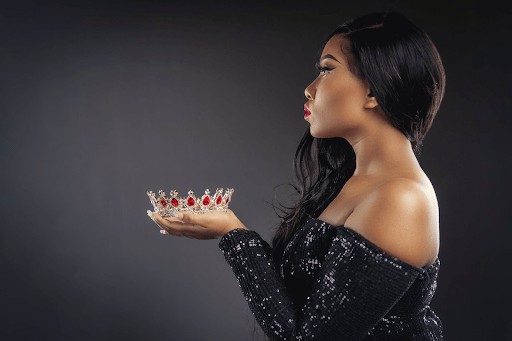 Although cultures from across the world have motivated European fashion since decades, Africa has shaped world fashion for as long as it has existed. Unlike des Garçons and a few others, many like Yves Saint Laurent, and Jean-Paul Gaultier have taken repeated inspirations from the history, culture and people of Africa. Over the years, African traditions thought and culture have regularly influenced the makings of Christian Dior, Thierry Mugler and Louis Vuitton as global fashion brands. Worldwide manufacturers have been capitalising on African symbols to market from cars to style. In recent years, creative talent from photographers, furnishing designers and fine artists to jewellery and fashion designers have steadily flourished across the continent. After being overlooked and replicated for decades, African style is today riding over a tsunami of creative output and popularity, attracting mainstream newspaper and international customers alike.

The current wave of African artists is characterized by a creative inspiration that is rarely found in Europe and the US. The Sapeurs, properly known as the Society of Environmentalists and Elegant People or the Society of Knights and Elegant People, are the best-dressed, best-behaved gentlemen in the world who were born in the poverty of Congo. With their entire business dedicated to exquisite clothing and accessories by offering a standard of couture and courtesy, their adoption of the traditional menswear suit symbolizes a break from their colonial past when they had to wear tunics in Mao-style.

Designers like July Bet paved the way for the Malian roots in world fashion during the early 1990s. Others like Ozwald Boateng, after opening a shop on Savile Row, came of age in 1995 delivering exquisitely tailored men’s suits in bright colours, shaping the conventional tailor-made men’s wear market, which the UK is today renowned for. With Fashion Africa being published in 2011, a new wave of African design got popularized. The online tools that accompany the Africa Fashion Guide work as consumer forums that raise awareness amongst fashion enthusiasts about African fashion and fabric supply chain. They help in organising regular trips to the suppliers, craftspeople and other practitioners of the industry, discussing and exchanging relevant market information with them.

Aboubakar Fofana is a world-renowned painter, maker and craftsman focusing on textiles and natural dyes. He is renowned for revitalizing and redefining West African indigo painting methods, with an emphasis on maintaining the traditional textiles of this area and reinterpreting them. Via seminars and exhibits, Fofana introduces his work throughout the world.

Lisa Folawiyo is one of Africa’s most influential Nigerian fashion designers. An artist who churns out chic, contemporary designer-wears with a hint of tradition and colours, she produces famous dresses such as the Lupita Nyong’o and Solange Knowles. In Lagos, Milan, New York and Paris, she had her pieces in the display to an admiring audience. Folawiyo is renowned for her handcrafted decorations as well. She made headlines first by decorating the local Ankara cloth and has developed a brand based on traditional reinterpretation.

Africa’s strength in fashion thus lies in its ability to inspire and showcase the sheer joy of life.