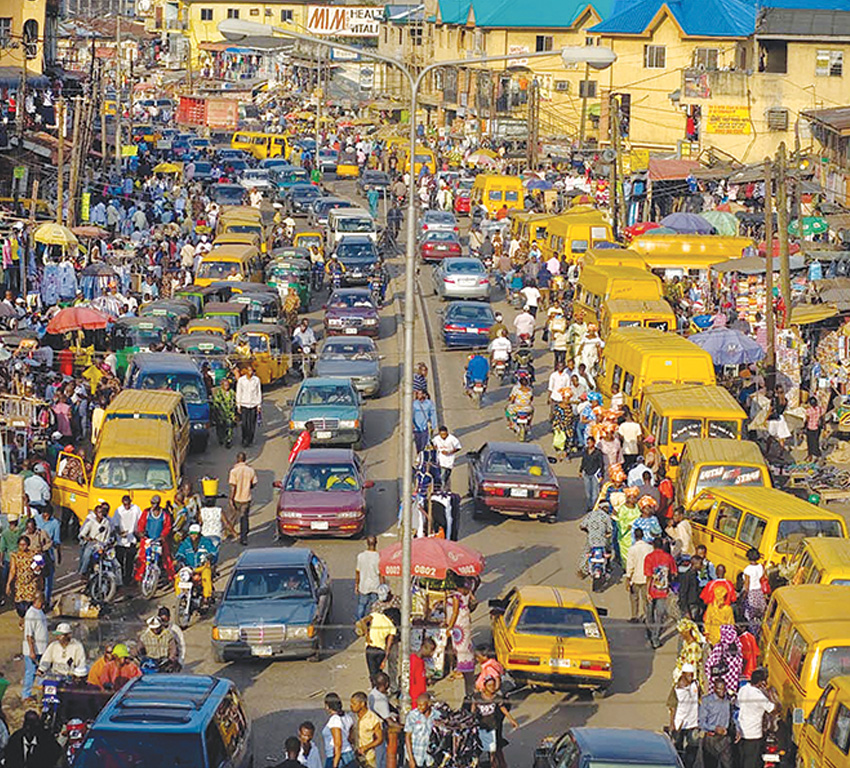 African cities are growing in population – adding the size of another Nigeria to cities by 2025 – so have a critical role to play in their countries’ economic growth, says a new World Bank report released today. Improving conditions for people and businesses in African cities by aggressively investing in infrastructure and reforming land markets is the key to accelerating economic growth, adding jobs, and improving city competitiveness.

The report notes that Africa is urbanizing at lower incomes than other developing regions with similar urbanization levels. In 1968, when countries in the Middle East and North Africa region became 40 percent urban, their per capita GDP was $1,800 (2005 constant dollars). And in 1994, when countries in the East Asia and Pacific region surpassed the same threshold, their per capita GDP was $3,600. By contrast, Africa, with 40 percent urbanization, today has a per capita GDP of just $1,000. This means that every dollar of public investment in cities needs to be done as efficiently as possible, and leveraging as much as possible other sources of finance – from private sector, international partners, and citizens.

Rapid urbanization at lower incomes has meant that capital investment in African cities has remained relatively low in the region for the past four decades – at around 20 percent of GDP. In contrast, urbanizing countries in East Asia – China, Japan, and the Republic of Korea – stepped up capital investment during their periods of rapid urbanization.  Lacking capital investment, the report emphasizes that investments in African cities’ infrastructure, industrial, and commercial structures have not kept pace with concentration of people, nor have investments in affordable formal housing.  The potential for coordinated investments in infrastructure, residential, and commercial structures is great, which will enhance agglomeration economies and connect people with jobs.

The report explains that because of this lack of connection, African cities are among the costliest in the world both for businesses and for households, leaving cities “out of service and closed for business”.  African cities are 29 percent more expensive than cities in countries at similar income levels.  African households face higher costs relative to their per capita GDP than do households in other regions – much of it accounted for by housing, which costs them a full 55 percent more than in other regions.  In Dar es Salaam, for example, 28 percent of residents live at least three to a room; in Abidjan, 50 percent. And in Lagos, Nigeria, two out of three people live in slums.

Adding to this, city dwellers pay around 35 percent more for food in Africa than in low-income and middle-income countries elsewhere.  Overall, urban households pay 20 – 31 percent more for goods and services in African countries than in other developing countries at similar income levels.

In addition, urban workers in Africa are also forced to pay high commuting costs, or they cannot afford to commute by vehicle at all, and the informal minibus systems are far from cost efficient, leaving many to have to walk to work.  The need to walk to work limits these residents’ access to jobs.  Without sufficient formal development, informal settlements that are relatively central and thus close to jobs – such as Kibera in Nairobi, and Tandale in Dar es Salaam – are constantly growing in population.  The need for higher wages to pay higher living costs makes businesses less productive and competitive, keeping them out of tradable sectors.  As a result, African cities are avoided by potential regional and global investors and trading partners. Given these costly conditions, the opportunities for tremendous gains in efficiency and productivity can lead to African cities becoming a strong catalyzer of economic development.

According to the report, the key to freeing Africa’s cities from their low-development trap is to set them on a path toward physical and economic density, connecting them for higher efficiency and boosting expectations for the future:

“What cities do now will determine their shape and efficiency not just for years to come, but for decades or even centuries,” stressed Ede Ijjasz-Vasquez, Senior Director of the World Bank’s Social, Urban, Rural and Resilience Global Practice.  “From a policy standpoint, the answer is to address the structural problems affecting African cities. Africa needs to strengthen institutions that govern land markets, and coordinate urban and infrastructure planning. Fragmented physical development – cities in Africa are 20 percent more fragmented than Asian and Latin American ones — is limiting productivity and livability.”

Somik Lall, Lead Urban Economist at the World Bank and author of the report, added that, “From an investment standpoint, Africa’s leaders and policy makers need to focus on early, coordinated infrastructure investments.  Without this, they will remain local cities, closed to regional and global markets, trapped into producing only locally traded goods and services, and limited in their economic expansion.  African cities need to create an internationally competitive tradable sector in order to stay open for business.  For that to happen, city leaders must urgently have a strong and new urban development path for Africa.”