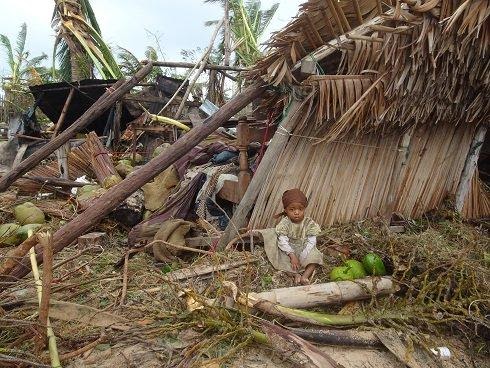 Zimbabwe’s government has warned the people of the country of six more cyclones, informing them that the tropical cyclones are likely to hit in the coming rainy season. A local government and public minister, July Moyo mentioned this information in Harare during the Idai cyclone recovery project donation ceremony. He added that Zimbabwe requires robust mechanisms and measures to monitor the natural phenomenon contributing to the cyclones and how to minimize damage.

In the current rainy season, Zimbabwe was hit by two cyclones, from which ANA left the country in damages, however fortunately the other one Batsirai did not affect the nation. Speaking about the upcoming cyclones, Mr. Moyo said the six cyclones are predicted by the Meteorological Services Department, and every prediction by them has been accurate so far.

As the rainy season approaches, Zimbabwe usually experiences damage to its social, physical, and economic infrastructure. An early warning from a reliable and accurate institution such as the Meteorological Services Department (MSD) is essential to save lives and minimize damage to the country.

Last month, 13 districts were identified in the different zones of Zimbabwe, Malawi, and Zambia which were affected by the damaging cyclone ANA. In the wake of the deadly depressing cyclone, the Malawi government suspended all the school classes.

To keep people safe, the Department of Civil Protection has urged the people of Zimbabwe to stay away from streams, rivers and avoid unnecessary travel to those zones. They have also requested people to ensure the rooftops are secured and fix any if loose while placing loose items from the outside to a safe inside place.