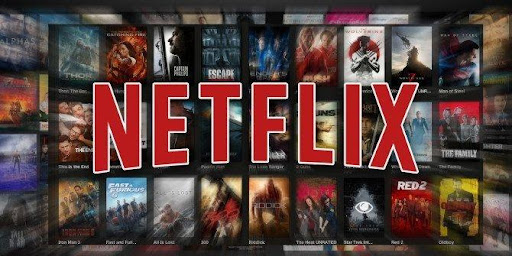 Netflix is the most popular and prominent streaming platform across the globe. It has gained a gold standard for being the widely preferred platform across the African continent. In fact, most producers in Africa are struggling real hard to ensure their movie is available on Netflix for Africans and the entire world to have access to and enjoy.

Africa is a land of culture, art, rich heritage, and beauty that encompasses all. African movies not just portray this on screen, but also touch the various aspects of persisting issues in the continent to leave the viewer with a rich and everlasting impact.

Amongst the many gems of African cinema on Netflix, the best 7 are listed below for you to ride on your weekend journey of unforgettable cinematic experience.

Written by Tim Crothers and directed by Mira Nair, Queen of Katwe captures the inspiring story of a teenage girl from Uganda, Phiona, a 10-year-old, her mother Nakku Harriet, and her family living in Katwe slum. The narrative of the film deals with the life and survival of Phiona, selling corn with her mother, and how her life changes after meeting Robert Katende, on a missionary program.

It is the story of a twist between business and romance, the movie stars O.C Ukeje and Adesua Etomi as lead characters and ex-lovers on screen. The plot of the movie circulates around Adesua suing her ex-lover for rape, or as it is called in the narrative initially and what follows next in the aftermath of the sexual encounter between the CEO of the company and the employee.

King of Boys is a Nigerian crime thriller written and directed by Kemi Adetiba, with lead actors Sola Sobowale, Remilekun Reminisce Safari, and Adesuwa Etomi- Wellington. The plot of the movie revolves around a philanthropist and businesswoman with a turbulent history who is storming for a bright political future.

4. The Burial of Kojo

A 2018 Ghanaian drama film on Esi, as she remembers her tumultuous history and childhood with Kojo, her father, and Kwabena, who left on an illegal mining trip to an abandoned gold mine. The plot deals with how Esi embarks on a magical journey to save her father, who is left to die in the abandoned mine by his brother. This beautifully picturized even in a shoestring budget is written and directed by Blitz Bazawule and stars Cynthia Dankwa, Ama K. Abebrese, and Joseph Otsiman.

5. Baxi and the Giants

A deep and insightful film that educates children of the grave crime of wildlife poaching in the rich wilderness of Namibia and brings to attention the grappling issue in Southern Africa of Rhino poaching. This short story was created with the strong aim of educating young minds, while the content is appropriate for all ages. Baxi and the Giants are written by Girley Jazama, Florian Schott, and directed by Florian Schott. The movie stars Camila Jo-Ann Diaries in the lead role

Exploring the uncovered and shadowy world of the flesh market aka human trafficking, an inexperienced journalist goes undercover to surface the realities when she finds a warm bond in fellow prostitutes, Linda, Blessing, and Beauty. The narrative of the movie is introspective about the local culture of prostitution, pimps, and vicious traders and the protagonist’s quest with the harsh reality.

Directed by Leila Djansi and written by Leila Djansi, the movie stars John Dumelo, Maria Humbert, John Savage, Vanessa A Williams, Leon Robison. It revolves around the protagonist Ebner Temple, a 40-year-old bisexual, bi-racial single wedding fashion designer who is exploring the new and independent age of African women, while her and her client’s life interlinked.