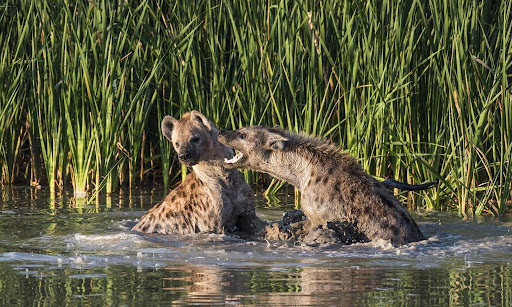 Africa has the most breath-taking and picturesque beauty of wildlife nestling harmoniously in its preservation parks and natural habitats. With a massive global population visiting Africa for its wildlife and safari every year, it is only proof of what the continent has in store in terms of a fleet of wildlife animals in their natural state. However, what seems like a picture right outside NatGeo or Discovery channel, holds a grim reality at its core.

With endangered species across the African continent on the rise and a few on the verge of extinction, even the investments pouring in are unable to save the continent’s life chain. The African continent has witnessed more than 100 years of international investment as part of wildlife conservation, which is considered the continent’s greatest asset. However, to the dismay of the efforts, wildlife conservation is in serious trouble.

While the land has seen a huge number of wildlife species declining dramatically over the last 5 decades, it also raises a reminder amongst the world of how it could impact the food chain.

For instance, in the last 20 years, the lion population has declined by 40% and a staggering 59% of the diminishing number was observed for the prime mammal species on the African continent. Even though there have been consistent efforts in containing poaching, which is considered to be one of the biggest threats to wildlife, this only overlooks the actual problem encompassing the drastic decline of wildlife.

Experts believe the prime factor for the astonishing decline of dominant species such as lions, tigers, elephants, and others, is the loss of land. African wildlife is losing its land to urbanization, industrial landscape, and agriculture, which is disbalance the entire ecosystem and affecting the economic status of the continent, as well as the world. While lions and other dominant species of predators manage and control the herbivore species of wildlife by preventing the grasslands from being washed off by overgrazing, they also promote germination dispersal for new grasslands and other plant varieties to grow.

Wildlife is also one of the most prominent and fastest-growing tourism activities in Africa that support the continent economically. Therefore, deforestation and wildlife endangerment are huge set back to the connected lives of millions of people. African wildlife is estimated to hold high value and reverence in terms of its sheer existence. It also has a major role to play in most country’s cultures and religions. Its consistent dilapidation is affecting the cultural ties and degrading their historical connections to nature and wildlife.

Africa has been resorting to sustainable wildlife management across the continent to protect and sustain the population of wildlife species. Under this program, all the landowners within the zone of the wildlife habitat have to consider the impact of their activities on the local wildlife of the region. They also must be aware of what their actions might affect the sustainable approach adopted to protect the species of both terrestrial and non-terrestrial vertebrates.

Considering the social, ecological, and economic impact as well as the value the wildlife brings to the entire ecosystem, the wildlife becomes significant as a natural renewable resource. It enables the rural areas to develop in their natural form and promote food supply, allowing for land use, employment, scientific research, and historical data to allow the evolution of the world. The nutrition from the wildlife is the source of nutrition to the locals of the region, who rely on cattle and meat sources, which protects the environment and human health.

To protect the interest of wildlife and in turn, the people of Africa, the authorities, and the local population need to work in conjunction to spread awareness about its importance and take measures consistently to monitor the conservation of wildlife.