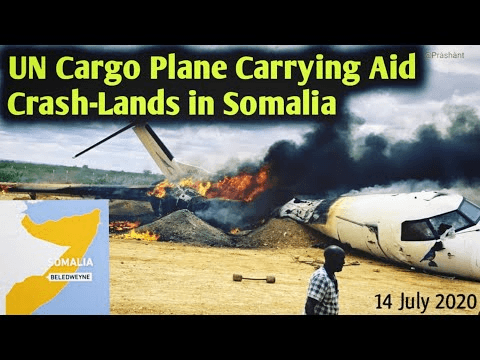 UN cargo plane which was carrying humanitarian aid crashed at the Beledweyne Airport in central Somalia on Tuesday, as claimed by the airport authorities. A local administrator told sources that the plane first changed from its direction and crashed. There were thick black smokes after the crash which can be seen from even 3 miles away.