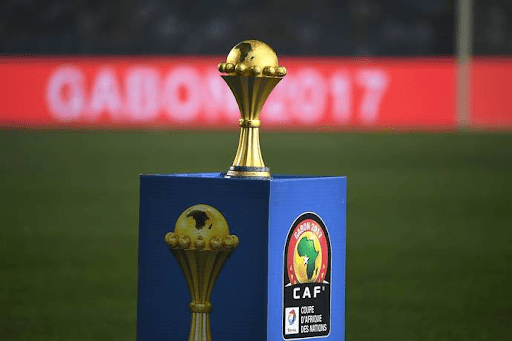 Decisions of CAF Executive Meeting – 30 June 2020: The CAF Executive Committee held a meeting on 30th June 2020, via video-conference to discuss the future of competitions and other related issues following the COVID-19 pandemic.

The last tournament was postponed in Cameroon until January 2021. “The CAF Board of Directors is delighted with their contribution to organizing these two competitions from the Cameroonian authorities. Cameroon is organized and scheduled to host both competitions, “said Ahmad Ahmad, Chairman of CAF.

The 2020 Women’s Africa Cup of Nations has been postponed on the basis of difficult circumstances. In the meantime, in 2021 the CAF Women’s Champions League is scheduled to begin. The format will be shared and further information will be received on time.

The tournament has been rescheduled for January 2022, following consultations with stakeholders, and taking into account the current global situation. The date and the rest of the matches will be announced in due course for the final tournament.

Zonal Qualifiers for U-20 & U-17 Africa Cup of Nations

A conference was held for finalizing plans for the zoning requirements to organise competitions for youth football and the Zonal Unions. The U-17 AFCON is to be held in July 2021 in the meantime.

Between 9 January and 6 February 2021, the tournament was scheduled earlier. Between 9 October 2019 and 19 November 2019, the preliminary and two group qualifying rounds had been played. The third and fourth round qualifications of group phases, scheduled for (23 to 31 March 2020) and (1 June to 9 June 2020), were delayed and all qualification rounds were rescheduled due to the outbreak of Coronavirus in Africa. As of 19 June 2020, when continental contests resumed and priority was given to new timelines for the 2019-20 CAF Champions League, the 2019-20 CAF Cup semi-finals for the Confederation, the postponed2020 African Nations Championship and the 2020 Cup of nations for Africa Women alongside the 2021 Africa Cup of Nations, as football tournaments were held across the continent.

But on 30 June, CAF, after consulting with stakeholders and taking into account the present global situation, announced a reschedule, in accordance with the CAF, of 2021 Africa Cup of Nations to January 2022, which will take into account the announcement of new dates. Many competitions and activities to be conducted on the continent were subsequently reprofiled or cancelled.

The African Cup of the Nations from 16 to 24 teams will take place in six venues in five Cameroonian cities of Yaounde, Douala, Garoua, Limbe and Bafoussam and are expected to use at least six venues. The six stadiums selected to host matches are the   Paul Biya Stadium and the   Stade Ahmadou Ahidjo in the capital   Yaounde, the   Japoma Stadium in   Douala, the   Limbe Stadium in   Limbe, the   Kouekong Stadium in   Bafoussam and the   Roumde Adjia Stadium in   Garoua.   At the newly constructed 60,000 seats at the Paul Biya Stadium, Yaoundé will be the opening ceremony, the opening of the tournament and the finale.