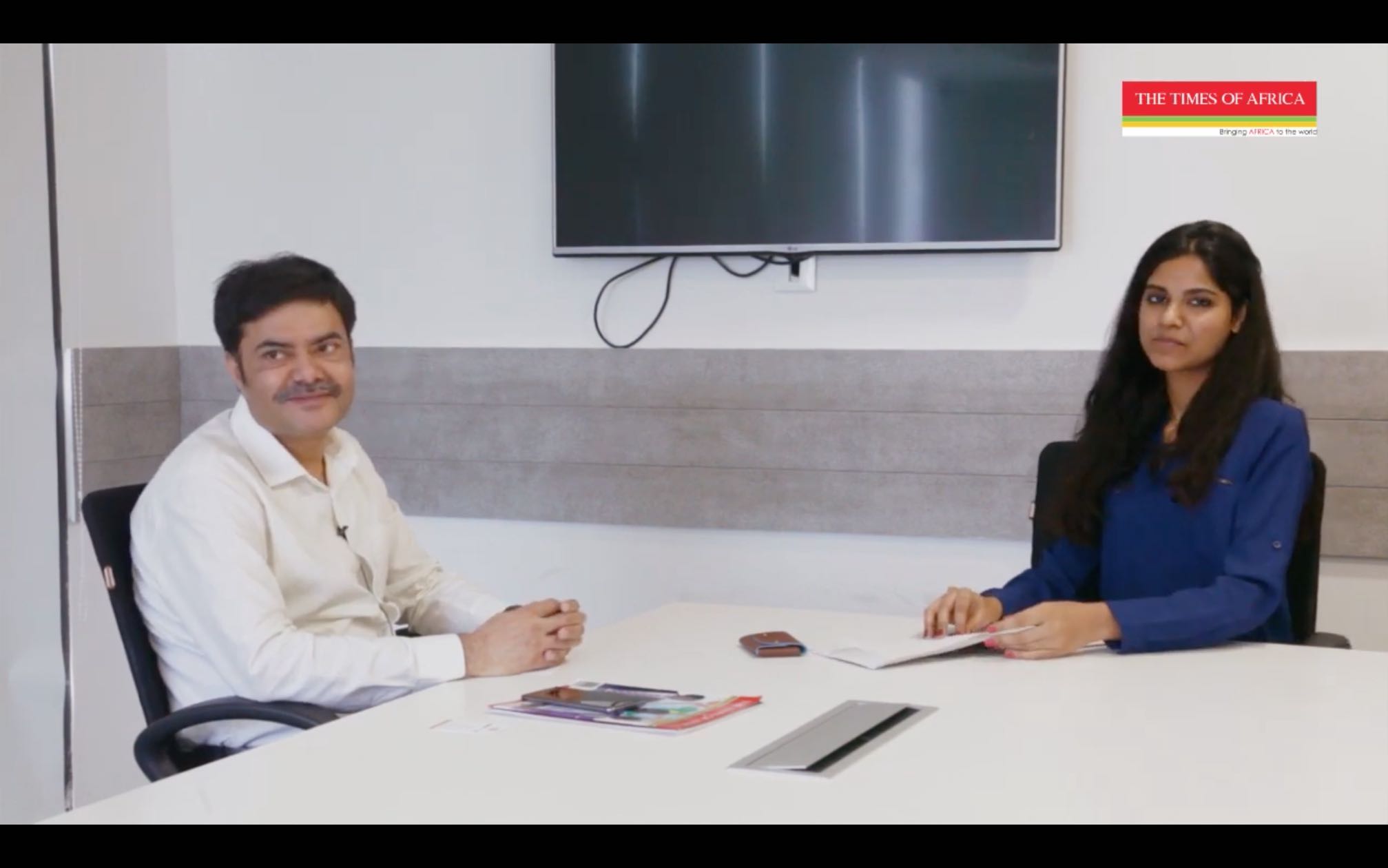 “AFRICA IS THE NEXT FRONTIER OF SOLAR POWER”

Q. WHAT LED TO THE CONCEPTION OF RAYS POWER INFRA PRIVATE LIMITED?

A. Rays Power Infra Private Limited began about eight years back in India. At that time, utility-scale solar power projects were starting in the country. Earlier, projects were at a smaller level.

Our company was playing into utility-scale, grid-connected solar power projects. That time, they started with some consulting work similar to PMC engineering.

Within a couple of years, we graduated to small EPC (Engineering, Procurement, and Construction) and at that time, the market for solar power projects was growing at a fast pace.

Our company got opportunities to offer EPC services for a couple of small projects, which turned out well.

Then the company started getting more opportunities to do bigger solar power projects in the next 2-3 years.

Now, 50-55 is the medium size in India, 100 and beyond is large. So, those projects turned out pretty well.

After doing 50 plus megawatt-class power projects, the market started taking serious note of the company. Resultantly, last year we did a 180-megawatt project for multinational companies. This year we are doing
450 megawatts. The company has also commissioned a 50-megawatt project in Vietnam.

In the last three years, this company has become the third-largest EPC Company in India and one of the top ten EPC companies globally outside the United States and China.

We have a track record of executing our projects successfully. None of our projects has ever lapsed the project timeline, or we never had a performance LD or a time LD (LD means Liquidity Damage, which means that the project was not completed well on time or the plant performance was below the committed one, then you get liquidity damages). We never faced such a situation or had any safety issue in any of the projects.

Now, we are thinking of going to Africa because the continent is the next frontier for solar power.

When I worked in Africa for two years, there were two problems that I observed:

One was that power was not available and the grid reach was sparse.
Secondly, power was expensive because most of the power came from the limited source of hydropower, which itself is cheap but is largely on the back of oil-fired Diesel Generator (DG) sets. Oil-fired power is again expensive.

So, either there is no power or whatever power is there is so expensive that the countries cannot afford to provide power to all its citizens, such as in Zimbabwe and Nigeria.

Hence, solar power becomes the cheapest solution that is also to implement and can be installed in any capacity you want.

Indian EPC companies have an advantage over those of Europe and China in that they are economical.
India is a price-sensitive market; hence companies are structured cost-effectively.

Our cost-effective and world-class good engineering solutions will be valuable to the investors and developers in Africa. We thought of taking our services to countries such as Zambia, Zimbabwe, Nigeria, Niger, Sierra Leone, Ghana and Senegal. We are also trying to do a few things in North Africa primarily in Egypt and Morocco.

As they say, the proof of the pudding is in eating. Ours is a highly specialized service. Thereby, only proper and timely execution will build trust among people. We are looking to execute a couple of projects in Nigeria, Zimbabwe or Sierra Leone this year.

Q.WHAT IS THE PROGRESS ON THE ABOVE-MENTIONED PROJECTS?

A. We have started bidding with a few private developers and some of the opportunities are nearing fruition. So, this year we should start our first project in Africa.

Q.WHAT IS THE CURRENT SCENARIO OF SOLAR ENERGY IN THE INDIAN AND NEARBY MARKETS?

A. As regards the Indian market, the government is procuring a lot of solar power. So the Indian market is a mutual market now for solar energy but if you talk about other Asian countries like Vietnam, Bangladesh or Thailand, things are only in the starting phase.

Similarly, Africa has started on a small scale. The governments of different countries are also supporting solar not only because it is green power but also because it is cheaper power. Power is an infrastructure and government is the biggest buyer. Government buys and then distributes to people but some private customers also require captive power for say mining.

Hence, they tend to run their operations on DG sets currently because there are no alternatives and even if there are, they are expensive.

60-70% of the energy needs can be met through solar plants, which is at one- fourth price of the DG’s set power and the rest can be met by other resources. Hence, this is the proposition that we take.