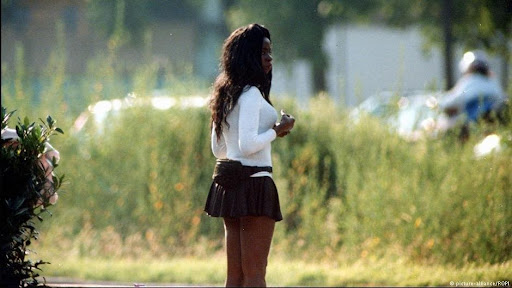 The members of the cult-like criminal gang that mind-washed migrants, especially women into prostitution, with its presence in Italy were arrested by Italian police officers. The Black Axe gang supposedly came into existence in the 1970s in the University of Benin and has been notoriously known for bringing Nigerian women illegally and forcing them to fall prey to their illegal affairs of prostitution by taking a religious oath.

This religious and cultural exploitation of Nigerian women was done for decades and the women were held as captives. The suspects arrested have been charged with human trafficking, slavery, pandering, and kidnapping.

The alleged members were arrested in Taranto and Palermo. The Palermo operation investigators commenced the hunt after a young prostitution survivor spoke against the Black Axe gang. The investigators told the media that the same woman was forced into sex trafficking after taking an oath, undergoing an occult ritual called juju, which as per their religious beliefs bounds the women to their traffickers, and under no circumstance can the women break free from them.

The woman told that before leaving Nigeria, just like all other female sex traffickers, she was forced to undergo a frightening and complicated ritual using her own hair, blood, and clothes. This, according to the Nigerian religious beliefs, ties the woman to pay off the debt to the captive, or otherwise, her family will face terrible consequences.

A report by Save the Children highlights that in 2021, Italy has a total of 2040 sex trafficking victims, and the majority of them were Nigerian women.