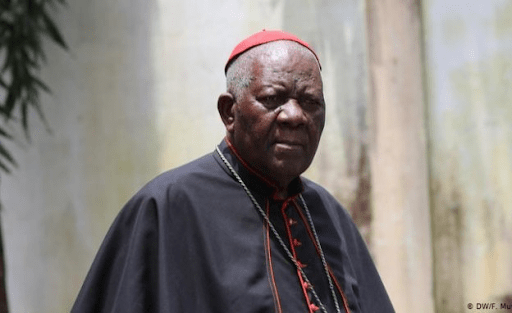 Cameroonians are mourning the death of Christian Wiyghan Tumi, a Catholic cardinal who was an advocate for peace within the ongoing Anglophone separatist crisis within the country. The 90-year-old cleric was kidnapped for twenty-four hours by the separatist fighters in November as he asked them to disarm. The Roman Catholic Church said Tumi died within the coastal city of Douala on Saturday.

Following the announcement of Tumi’s death, local stations like Equinoxe TV, Royal FM and Magic FM broadcast a number of his sermons, which were aimed toward rooting out corruption in the country.

He was archbishop of Douala. In a sermon, he said any Christian who has siphoned off state funds should refund the people’s money in 2010. He said Catholic teachings oppose theft. Those who have stolen government money, he said, must confess and refund the stolen funds if they shall be accepted into God’s heavenly kingdom.