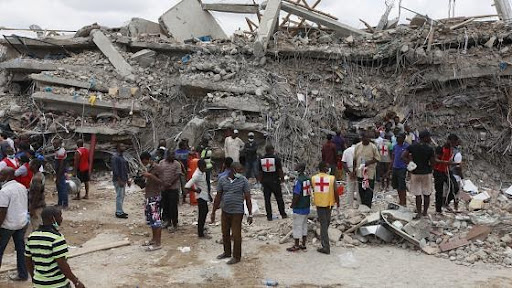 A church while still in service, collapsed in the capital of the Nigerian delta region in Asaba on Tuesday evening killing a woman and at least 2 children. The damage has been confirmed by the local police, saying that 18 people including women and children were rescued from under the debris.

Eleven of the rescued people sustained injuries and have been admitted to the hospital for treatment, the police are still trying to find the reason for the church building collapse. According to the officials, the church building was used for the first time and caused havoc amongst people after it caved in suddenly.

Construction experts have raised concern over the growing number of building construction failures across the region and highlighted that the construction rules and standards are not being followed by the builders leading to such drastic results. Moreover, builders are also using sub-standard materials for the construction sites that is another responsible factor for such incidents.