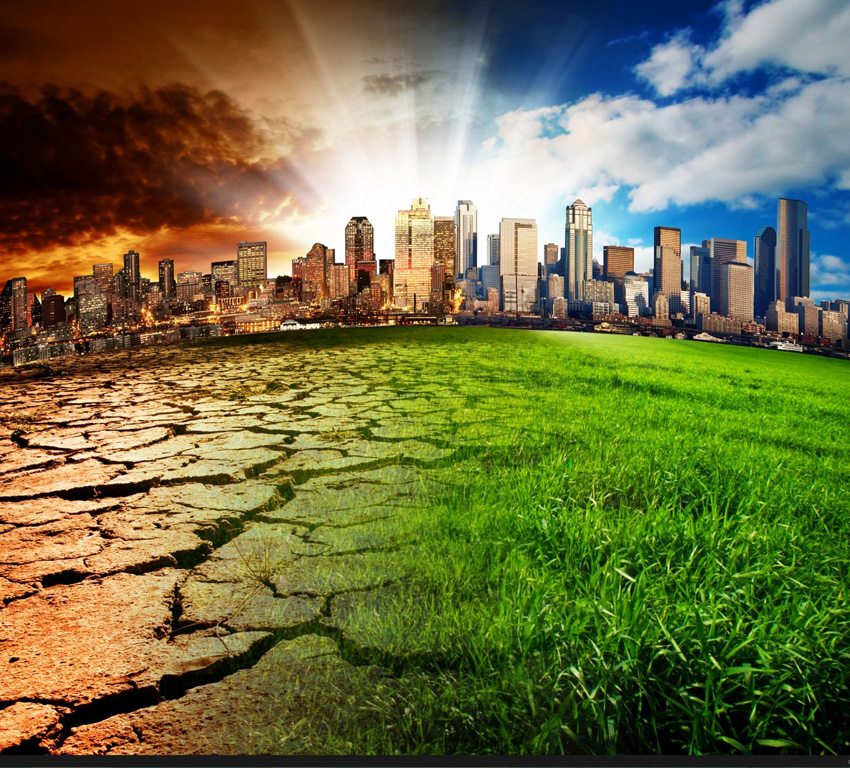 On climate change, we often do not fully appreciate that it is a problem. We think it is a problem waiting to happen.” – Kofi Atta Annan, former Secretary General of the United Nations.

The above lines are not merely a fragment of imagination! If we keep pushing the earth to its limit, a catastrophe may soon befall upon us. In fact, we are already experiencing the consequences of climate change because of our disastrous actions of the past and the present.

Just one step outside the air-conditioned chambers, and we get restless because of the level of heat around us.  A glance at the weather pattern gives a clear picture about the imbalance; when it rains, it causes floods and when it doesn’t, there is drought. There is near absence of winters in some parts of the world, while most places are witness to empty monsoons.

A timeline of treaties

In the upper layers of the atmosphere i.e. the stratosphere, there is a colourless gas called Ozone that protects us from the harmful rays of the sun. In the late 1970s and early 1980s, it was found that gases called Chlorofluorocarbons (CFCs) – that were being extensively used in air conditioning and refrigerant industries – were eroding this protective blanket and were primarily responsible for causing a hole in the Ozone layer.

Therefore, to phase out substances that deplete the Ozone layer, the Montreal protocol became effective in 1989.

While the Ozone layer was being taken care of, a significant rise in temperature was observed all over the world owing to the burgeoning levels of Carbon di-oxide (CO2) emissions. The Kyoto Protocol on climate change was accepted for reducing global emissions and in the process, help developing countries to earn ‘carbon credits’ and sell them in carbon markets to earn revenues by reducing their emissions.

As a result, a number of companies in India and China earned millions by reducing HFC-23, one of the 19 HFCs that have high global warming potential.

‘If the Earth’s warming goes beyond 2 degree Celsius, the damage would be irreversible’ – not only was this finding daunting, it created a wave of emergency among the world leaders to act immediately, before it was too late.

Thus, in the beautiful city of Paris, the leaders resolved to ensure that the global temperature must not rise above 2 degree Celsius, while continuously striving to keep it within 1.5 degree Celsius. The later part of the commitment was made to address the concern of island countries, like the Maldives, Fiji and the Marshal islands that face the possibility of submerging under the deluge of the sea, even if the temperature rise is kept to 2 degree Celsius.

So alarming was the unprecedented rate of climate change that the measures taken in the past were falling short. The heads of 196 countries thus gathered at the 2016 United Nations Climate Change Conference to opt for an unconventional solution – renewable energy.

Highest political commitment was sought to incorporate clean energy into planning the future course of development.

Sometimes, though our intentions are noble, we end up doing more harm than good. The unintended irony of the Montreal Protocol was that the Hydro fluorocarbons (HFCs) that were introduced to solve the environmental problem caused by the CFCs, were found to be far more destructive to the climate than the more well-known Green House Gases (GHGs).

Although, the HFCs, which do not harm the Ozone layer succeeded in phasing out copious amount of CFCs, have heat-trapping capacity of thousand times more than CO2.

When at less than 5% of total greenhouse emissions, they have led to such surmountable heat on Earth, it is beyond imagination to think of the consequences when, if not checked, they would account for 19% of global emissions by the year 2050.

It was heartening to note that the earth’s two biggest emitters – China and the United States of America- brought down their carbon emissions in the year 2015. While the emissions of the world’s most populous country were 0.7 per cent less than in 2014, the then-Obama administration managed to walk on the downward path by a decrease of 2.5 per cent in 2015 as compared to the previous year.

Both the countries have managed to tread the declining trend for almost a decade, attributing the positive drift to a slowdown in coal consumption and low-carbon strategies.

The third biggest emitter in the world, India, disappointed as its emissions grew by more than five per cent in 2015 as compared to the previous year. The growth in emissions is further projected to continue at 5-6 per cent in the next few years.

The European Union, too, saw its emissions rise in 2015 by 1.4 per cent compared to previous year, despite being on the sharper downward curve in the past.

The global emissions as of 2015 remained at 36.4 billion tonnes of Carbon di-oxide equivalent.

According to a report, investment in the renewable sector – wind, solar, biomass and electric vehicle – is expected to increase manifold (about 300 times) by 2020 creating a business of about $300 billion as compared to $10 billion between 2006 and 2016.

As they say, in every problem lies an opportunity; the rising air pollution across the world and African cities camouflages a massive business potential. If an entrepreneur steps into two sectors – electric vehicles and turning agriculture waste into high-quality bio-fuel – he or she will become the most sought after brand in the foreseeable future of sustainable economic development.

Moreover, the adoption cost of renewable energy for emerging economies would be less than in energy intensive developed nations like the United States.

In the near future, renewables will be more accessible than high-emitting thermal power because of low-cost. And the cost of going solar (which is at par with thermal power in most economies) could become as cheap as a mobile phone call.

Global warming has turned out to be a side-effect of rapid industrialisation and globalisation; but, it doesn’t have to remain that way. The marriage of economy and environment will suffer some initial hiccups as happens in any relationship, but in the long run, it will be totally worth it. Climate change is everybody’s business because we will have to taste the fruit of our actions – bitter or sweet depends on what course we take.

As American singer-songwriter Jason Mraz eloquently hums in his song ‘Everything goes quiet,’