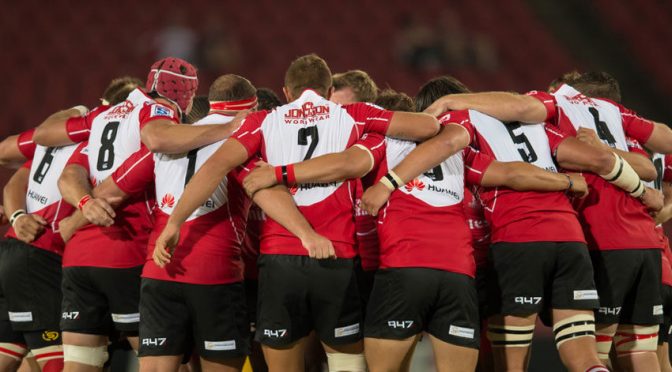 The Vodacom Bulls have a bye this weekend, and in the remaining South African Conference game, the Jaguares host the Crusaders in Buenos Aires on Saturday evening

The Emirates Lions will welcome back stalwart, Springbok winger Ruan Combrinck, for their important Vodacom Super Rugby derby against the DHL Stormers on Saturday afternoon in Johannesburg. The game at Emirates Airline Park kicks off at 17h15.

On Friday morning an unchanged Cell C Sharks side faces the in-form Hurricanes in Napier in the final fixture on their overseas tour, where they will be eager to build on last week’s excellent win over the Blues in Auckland.

The Vodacom Bulls have a bye this weekend, and in the remaining South African Conference game, the Jaguares host the Crusaders in Buenos Aires on Saturday evening.

The Emirates Lions welcome back the hard-running Combrinck following his recovery from the shoulder injury he suffered a few months ago in Japan. His return is one of two changes in the Highveld team’s line-up against their Cape Town rivals.

Combrinck replaces Sylvian Mahuza on the right wing, while the other change sees the return of lock Marvin Orie to the starting line-up in a rotational switch with Andries Ferreira.

Swys de Bruin’s team, who will enter the match with the comfort of knowing that they have a bye next week before their Australasian tour, will be determined to bounce back to winning ways after losing their 2017 final rematch against the Crusaders last Sunday. The Cape side, meanwhile, travels to Gauteng for the second week in a row, where they will seek their first away-win this season.

The DHL Stormers made several injury-enforced changes to their starting line-up. Injuries to scrumhalf Justin Phillips (rib) and flanker Cobus Wiese (hamstring) saw Jano Vermaak – in what will be his first start of the season – and Chris van Zyl being drafted in. Van Zyl slots in the second row alongside Jan de Klerk, with Pieter-Steph du Toit moving to the flank.

Cell C Sharks coach Robert du Preez reckons his side must focus on improving their accuracy and defence against the in-form Hurricanes in Wellington. “We know it will be much tougher against the Hurricanes, who are the best team in New Zealand at this point.”

Emirates Lions coach Swys de Bruin is delighted with the timely return of Combrinck: “I am very excited about Ruan. After almost a year he is back, and he has trained very hard. We have won four and lost three, so it is one of those games in which we need to go for maximum points at home.”

DHL Stormers coach Robbie Fleck said his team will give everything at Emirates Airline Park.

“This match is a great opportunity for us as a team and we are looking forward to the challenge.”

In other Round 8 action this weekend: