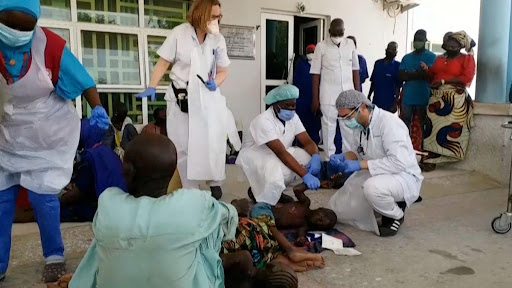 An overloaded boat carrying passengers, mostly children overturned in northwest Nigeria. The incident killed at least 29 people and left dozens missing, as per the local officials. The tragedy hit Kano state on Tuesday and was the latest in the trail of river transport accidents accounting for overcrowded boats, lack of maintenance, and bad weather.

According to a spokesperson for Kano state’s fire service, Saminu Abdullahi, there is an active search team including local men and divers, looking to recover the remaining 13 bodies. He mentioned that 20 people were recovered on Tuesday night and nine on Wednesday. The search team is optimistic to find the rest soon.

As per Abdullahi, the boat was meant to have only 12 adults on board, but there were more children on the boat than its capacity. All the children were between the age of 8 to 15 and hailed from the Badau village of Kanu state. They were on their way to a religious ceremony in Bagwai, a town on the other side of the river when the accident happened.

The Governor of Kano state, Abdullah Umar Gandje said that the boat was carrying a total of 50 people, mostly children and it capsized due to the excessive overload. He further urged the boat operators to take the matter of boat overload seriously, considering the direct threat to the life of people.

Another similar incident happened in the month of November when seven girls in the age group of 10 to 12 drowned when their boat overturned due to the overload. June 2021 witnessed the death of 13 people when a boat carrying wedding guests capsized due to overload. May 2021 saw the maximum number of boat capsize incidents when more than 150 people went missing after a boat broke in the midst of the Niger river.