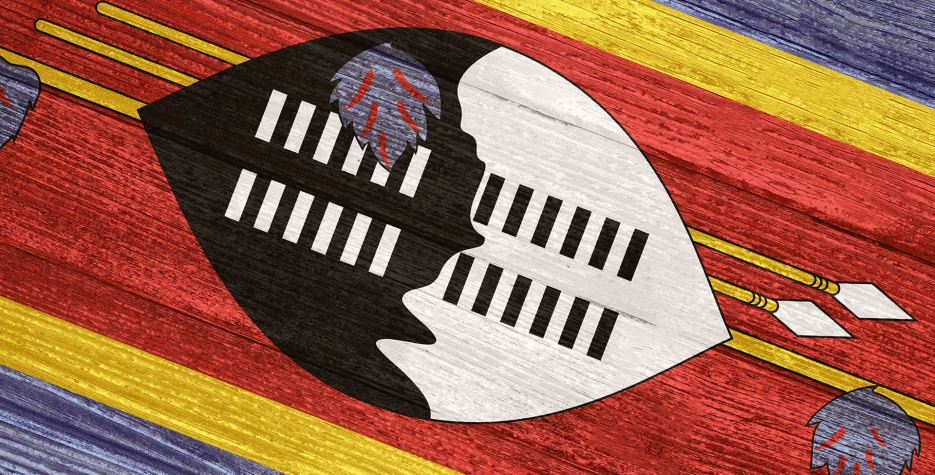 Every year on April 25th, the Kingdom of Eswatini (previously Swaziland) celebrates Eswatini Flag Day. On this day in 1967, the flag was hoisted for the first time, marking the beginning of the holiday. The origins of this rare flag can be traced back to World War II. Its design is based on a military flag provided to the Swazi Pioneer Corps by the late King Sobhuza Il in 1941 when they were training with Allied forces. Elements of the architecture harkened back to tribal warfare motifs from the past.

The Pioneer Corps flag was used as Swaziland moved closer to independence from the United Kingdom, and the Swazi National Council voted to adopt it as the official national flag. On April 25th, 1967, it was raised for the first time, replacing the Union Jack, as the new King took his oath of office. A shield from the Emasotsha regiment is laid horizontally on the banner.

The red stands for past battles, the blue for peace and stability, and the yellow for the resources of Eswatini. The central focus of the flag is a Nguni shield and two spears, symbolizing protection from the country’s enemies.

The shield is bolstered by a staff adorned with injobo tassels and bunches of widowbird and lourie bird feathers. They’re also used to adorn the shield. Two assegais – Swazi spears – are shown above the staff. The shield and assegais can also be seen on the Eswatini national arms, which are flanked by a lion and an elephant, which represent the King and Queen Mother, respectively.