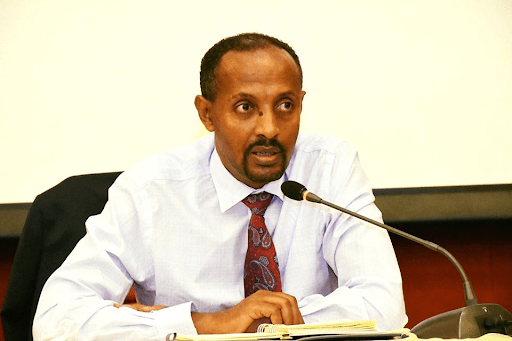 The Minister of Trade and Industry of the Federal Democratic Republic of Ethiopia, H.E. Melaku Alebel

The Ministry of Trade and Industry (MoTI) announced that within the past five months, it gained a total of 1.33 Billion USD from the agriculture, mining, industry and other sectors. Briefing journalists,  Minister  Melaku Alebel said that the industrial sector has played an important role in creating sustainable jobs and increasing productivity.

Small and Medium Enterprises had a greater contribution to the revenue generated. The Ministry, setting a goal to obtain 1.4 Billion USD from the sector,   has raised 1.33 Billion USD of which, the agriculture sector raised 62 per cent while mining and industry contributed 23 and 12 per cent respectively.

The amount when compared with last year same period, it has shown a 20 per cent increase. The significant role played by small and medium enterprises in the production of affordable goods plus technology transfer was critical.