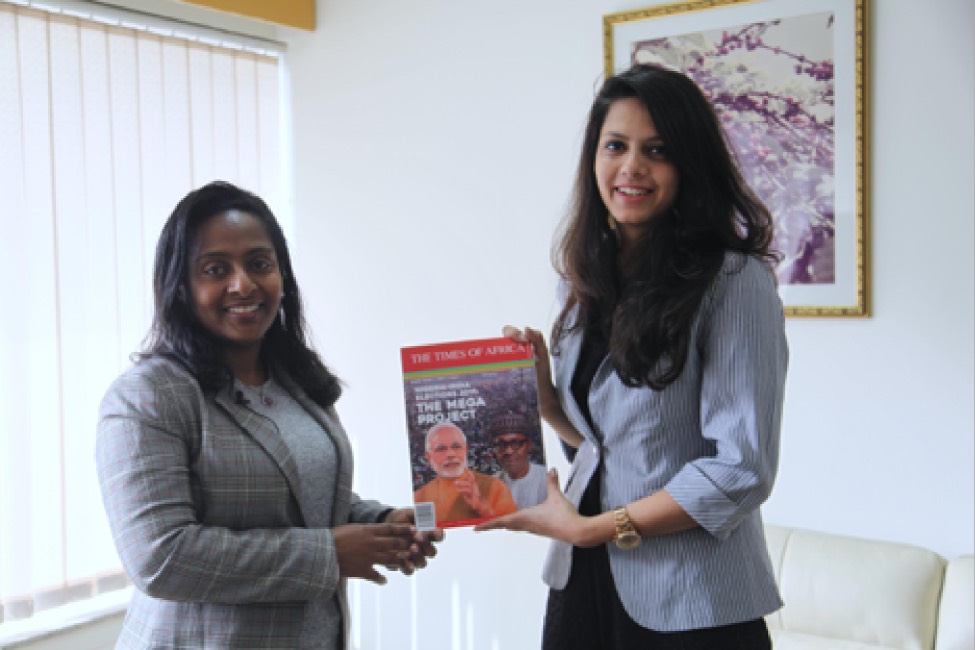 “The Filling and Operation of the GERD will not have any significant harm to the Riparian countries.”

Q. As High Commissioner of Ethiopia to India, kindly tell us about your experience in India and the connecting point to Ethiopia.

A. Thank you so much. When I first came to India, I came across it as being my second home because a lot of common things apply to Ethiopia and India. There are lots of common issues tied to these historical nations. I can tell India has warmly received me, and I’m glad to be here.

One of the things we have in common is that of cultural ties. Ethiopians value living in a family, and there is a very strong attachment between extended family and I found the same here in India, you have a very strong attachment to family, and you value extended family. I believe these are one of the ideals that must be upheld, and that’s one of the things that keeps a country going forward. The other aspect relates to food. Ethiopians enjoy spices; we have various kinds of peppers and spices; we grow many types of spices and use that in most of our cuisines. Indians also use spices in their kitchen the same way and I find similar kind of food that makes me feel at home when I see it.

Q. Please share the envisions if there is an opportunity for collaboration between India and Ethiopia in terms of trade, investment, tourism, education, ICT and technology transfer.

A. The Indian-Ethiopian relationship isn’t just new. It’s been there for several centuries. But the diplomatic relationship began around 1948, and Ethiopia is the first African country to open its embassy in New Delhi, India. This makes our relationship with India more historic. After we opened our embassy, we started the relationship through a capacity building program. A lot of Indian teachers and professors teach in Ethiopian schools and universities. The bilateral relations also work well through the technical and economic cooperation aspects. Currently, the Science and Innovation Ministry is working very hard to promote ICT, taking lessons and experiences from many countries, including India, in terms of technology transfer that are inexpensive and easily implementable in Ethiopia.

Even very recently, we have identified 50 major Indian technology groups that are interested in Ethiopia and want to pass their technology to Ethiopian companies. Ethiopia also has many students who are joining Indian technology universities to help the country with the effort towards sustainable development. We are also working on promoting tourism in India. Ethiopia is well-known as the birthplace of humanity, and many historical places are UNESCO-registered. Even though we have a very good relationship with Indian traders and investors, I can’t say we did well in promoting Ethiopia and its heritage to Indian tourists. At the moment, our embassy is doing its best by introducing Ethiopian tourist sites to tour operators so that they can go and see what opportunities are there and places to be visited. The very presence of our cultural centre here in our embassy as well is one of the most important places to promote Ethiopian heritage and sites to visit.

Q. Ethiopia’s prime minister appoints cabinet made up of 50 per cent women. Let us know what is your take on the women empowerment and what Ethiopian government is doing for women in Ethiopia. Please share your experience as High Commissioner of Ethiopia to India.

A. Ethiopia is a home for both men and women, and 50% of the population is women. Even if a lot has been done by the government to help narrow the gender gap there is still space to be filled. It is known that when women take essential place in decision-making positions, they can mainstream gender issues at all levels of governance, and it has a multiplier effect in the country’s development as well. Ethiopian government still believes in empowering women, after the arrival of His Excellency Abiy Ahmed, (PhD) the Prime Minister of Ethiopia. The government took initiatives and made 50% of the cabinet to be filled by women; the parliament also elected the first-ever female President of Ethiopia. Currently, the President of the Federal Supreme Court of Ethiopia is a woman, and a woman also chairs the National Electoral Board of Ethiopia.

Yeah, as one amongst the educated Ethiopian women, I have always believed in need of gender equality and have worked hard to promote it. I used to teach at a university, mainly promoting gender equality. I think that when women take leadership roles in different positions and offices, there come opportunities to consider the interests and needs of women who have been marginalised. Of course, both women and men are vital for every move, but it would be tough to achieve what the country wants without acknowledging the need for the other side. Therefore, promoting women in different leadership positions would be an essential significant achievement and a possible solution for the country’s endeavour towards development.

Q. Ethiopia introduced home-grown economic reform and opened up a major state-owned enterprise for the private sector; what is the present situation and the future ahead?

A. Ethiopia is one of Africa’s fastest-growing nations. A lot has been done about that, but growth wasn’t more inclusive. Currently, the government is making every effort to create inclusive growth. One of the things that the government is doing to reform the economy is mobilising the local resources and privatising some of the state-owned companies. It is believed the market should play its role; otherwise, it would be tough to achieve sustainable development. These days the government is working in privatising government-owned companies, including telecom, shipping, logistics and more. It is believed that these initiatives would attract foreign direct investment, new ways of transferring technology, and new opportunities for employment of young population; the majority of the Ethiopian population is the youth who are still looking for jobs. It is expected that homegrown economic reform would open up the economy and also provide the young generation with very good space and opportunities for employment and technology transfer.

Q. According to the UN Sustainable Report, Ethiopia is doing pretty well for SDG 12 Responsible Consumption and Production. In which clean energy Ethiopia as a country would like to invest in? How has been the response of various energies such as solar and wind?

The sustainable development goals are a call for action by all countries – poor, rich and middle income to promote prosperity while protecting the planet. Ethiopia is part of this world initiative and working towards ending poverty and building economic growth. One of the goals that the country is operating on is securing affordable and clean energy. So far, Ethiopia focused on renewable energy as a source of power, including hydropower, wind and solar, as sources of electricity. Even though the country is generating electricity from hydropower, these days there are initiatives to use solar and wind energy as part of this green energy initiative.

Concerning hydropower, I would like to say that, although the economy is growing well, this growth is expected to be supplemented by the right amount of energy production. Ethiopia has many rivers with potential hydropower sources, and it is working towards producing energy from hydropower; towards providing energy for the different manufacturing plants and electricity to the people. As the country is growing, the need for electric power is also increasing. The Grand Ethiopian Renaissance Dam (GERD) project is one of the most significant initiatives which is expected to contribute to the sustainable development of the country. This dam is being built in the western part of Ethiopia on the Blue Nile river. Ethiopia is the source of the Nile river, and more than 80% of the water originates from the Blue Nile. So far, more than 4 billion dollars is invested on this project, and when it is completed, it is expected to be the largest hydroelectric power plant in Africa and will produce more than 6000 megawatts of electricity.

So far, no foreign fund is involved in the project; the people of Ethiopia cover all the funds. As of 2019, the GERD project stood at 68% completion. Currently, the discussion is being held regarding the filing period of the dam between Ethiopia, Sudan and Egypt. Ethiopia always assures that the filling and operation of the GERD will not cause any significant harm to the riparian countries. Our government believes that, when this dam is completed and operational, it would help to support energy demand towards bringing sustainable development in the country.