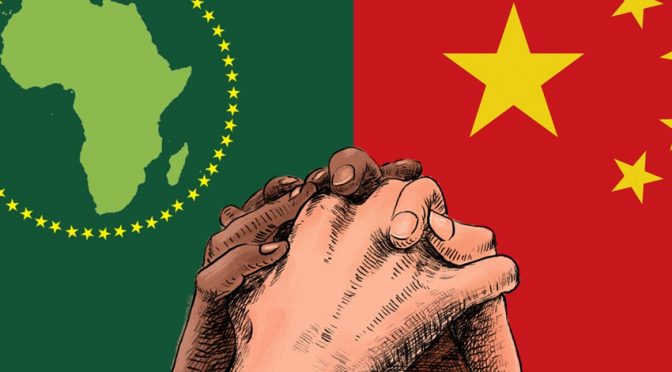 The nature of the relationship between South Africa and China has always been observed merely as a platform for China to exploit and gain profits. It is time that this relationship is reconsidered as friendship and strategic partnership rather than Chinese neocolonialism.

Speaking on the opening day of Africa-China Industrial Cooperation Conference that took place on 18th and 19th September 2019 at the University of Johannesburg, Lin Songtian, the Chinese ambassador to South Africa, said that his country’s intentions are to equip South Africa with everything to make them a global competitor. Lin said that his country had built more than 200 schools, 90 power plants, more than 30% of all major construction development projects as well as 80% of communication infrastructure across the continent to facilitate industrialization and urbanization.

China is developing infrastructure in Africa, to sustain its economic growth and to help them in joining the global community. But, the unpopular opinion is that even though it looks like a noble initiative, it is aimed to lock African countries into a diplomatic and political initiative. The massive Chinese corporate investment in energy suggests that it aims the Chinese corporate domination of African energy companies.

Lin said that his country was responsible for GDP growth in some states of the continent by up to 5%.  Targeting the US and some other European nations, he added that only China is helping Africa to rise because other nations are afraid that if Africa gains economic independence, they might become politically independent too and then it won’t be possible to exploit them.

Well, despite China’s claims of having Africa’s best interests at heart, in the end, African countries are the ones to decide which projects are to be built in Africa and whose interests are they going to serve because a wrong decision could lead them to a debt trap.