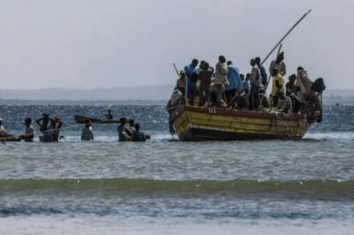 Explosives are used for illegal mining and robberies which originated in the mining industries. An incident happened on the morning of 3rd June 2020 in Krugersdorp, a grey Mercedes-Benz collided into a transit van. After the van skidded and got collided into a halt an explosion occurred due to which pieces of the vehicle and hundreds of banknotes were in the air.

In the chaos, the robbers or smugglers were successful to escape while passers-by scrambled for the notes left behind. Soon after the police realized the incident and reminded civilians that it is a crime to pick up money from a spot. The police knew that these kinds of devices were obtained illegally through either smuggling or theft.

The smuggling of explosives has become a growing problem in South Africa and nearby regions and they have found their way across the South African border. They are used by illegal miners and criminals to attack vehicles that transport large amounts of cash as well as to bomb up ATM machines.