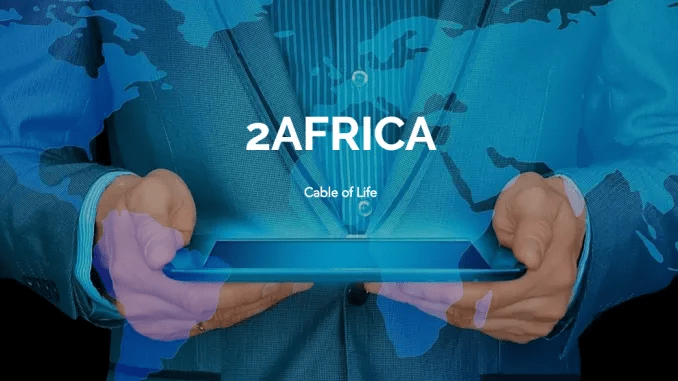 Last week, Facebook launched its 2Africa underwater cable project, which is to circulate across Europe and the Middle East. This would increase the continent’s bandwidth by a significant 180 terabits per second in 2023 when it is operational. The 2Africa alliance has agreements with existing companies such as MTN, Vodafone, China Mobile, Orange, and others which will link the cable to 16 countries in Africa, some of which have not previously reached international bandwidth.

This increase in capacity will lead to higher speeds and lower prices with other projects, such as Google’s Equiano cable in the pipeline and deeper coverage in less-served areas outside major cities. Ibrahim Ba, Facebook ‘s leading emerging markets, says the 2Africa cable would three-fold existing capacity. “And the cable is 50 percent thicker than other cables, as far as its durability is concerned, to ensure that there are not too many connective cuts in certain places.”

Liquid Telecom’s chief technologist Ben Roberts says it’s not the additional capacity that will have the most impact on the continent – the additional infrastructure and competition that will be added to it – it’s a leading connectivity services provider in East, Central and Southern Africa.

“We don’t have full cables at the moment,” he said. “However the link between the 2Africa cable and the unconnected is capable of. The existing cables have not connected well to all African countries. For example, the purchasers of the new oil and gas reserves in northern Mozambique need reliable, high-speed internet support. Then we watch 2Africa and what we see? What do we see? Mozambique’s North. Somalia and elsewhere with little linkage – and then other places with very few cable landings, for example, are lacking in competition, the DRC, and the countries of West Africa. This also brings more competition and greater variety to the markets. “It is a long-term reality,” added Ba. “With the help of major operators, governments, and everyone else, Facebook can’t do this by itself. This is a concerted effort. This puzzle we are part of.

Net neutrality is a puzzle that has changed slightly since Africa was connected nearly 20 years ago with the first undersea cables. Previously, governments and telecommunications firms were motivated by acquisitions, but companies such as Google and Facebook have now been in the driver’s seat, and there are concerns that it may lead to anticompetitive behavior, especially as little if any net neutrality regulation is in place in the area such as in the US and Europe. In principle, a company that regulates the ability of the cable to prioritize access to its services over the ability of another company could.

For example, if only the 2African cable serves a country, does that mean that video will load very quickly on Facebook, but YouTube or Netflix are very slow to load?

That’d not be in the interest of Facebook, says Ba. “This cable is not about quicker than the competitive rivals making Facebook goods or videos,” he said to The Continent. “The issue is to improve our product’s performance. Naturally we want to enhance our product’s profile, so yes we and our partners provide this capability – but open access is possible. Everyone else can access capacity and speed and upgrade their own products and services. I don’t believe that this is intended to have a competitive advantage. Roberts decided that it would not be in the interests of Facebook gatekeeping, certainly not terrestrial infrastructure.

“We have had gatekeeping situations because bandwidth rates are often too high and there is little access to markets. Some of them are opening up what 2Africa is trying to do. A number of cables have been spanned and shared between multiple parties in South Africa and Kenya. So you have pretty little pricing and you can see the cheap pricing somewhere else, as more cables fall.

Facebook deliberately sought to avoid the consolidation of activities like business monopolies, says Ba. “The cable can be landed and accessed by each consortium member,” he said. “But these data centers are governed so that they provide equal and fair access to every operator. This will foster rivalry, which for Facebook is important and is also a representation of how we are doing business on the continent. If you look at all of the fiber projects that we’ve done, they’re all open access.”

However, according to cable communication analyst Sunil Tagare of OpenCable.com, there is a possibility that the consortium members including MTN, Vodafone, and others will still have a competitive edge. “Maybe the second best thing that could have happened is this contract. Ideally, the smaller companies were also included in the contract. So I hope these seven or eight carriers will begin to fill in the capacity and a price drop will take place.

Phares Kariuki, CEO of Node Africa, is an expert in the field of cable connectivity in the Kenyan government. Although he has reservations regarding the social media giant, he thinks that the 2Africa cable is good for the mainland.

Kariuki told The Continent this week: “Facebook is a question business in several respects. “I don’t agree with what they’re doing around Facebook Zero [in which providers waive data charges for accessing Facebook on phones via a text-only version of its mobile site] because it works against net neutrality. However, this is a particularly well-designed policy initiative, at least on the surface.”

“I did not see the actual contract, so I couldn’t say if any mistake was hidden between the lines,” he added, “But from a design point of view this is how Google should have done [in its Loon project in Kenya, among other countries around the globe which offers high-speed wireless connectivity through high-altitude balloons in the stratosphere] rather than experimenting with a ball.

“This cable solves this entirely in countries that did not have the luxury of correct connectivity, especially in West Africa. It has a variety of routes to Europe with the majority of the big exchanges on the Internet. The band is not neutral, so you do not have to start struggling with ISPs to get bandwidth access.

“In view of this, it seems that this is exactly what is needed to cut costs,” Kariuki said. This cable would fix the issue for those countries which did not have the luxury of proper connectivity. And that was what it was supposed to do years ago, Google, Microsoft, and Amazon.