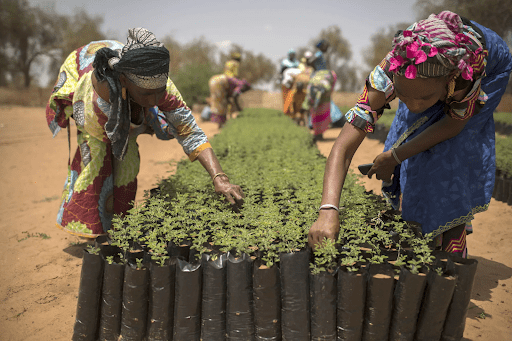 A new study led by the Food and Agriculture Organization of the United Nations (FAO) and published in Nature Sustainability shows that Africa’s Great Green Wall (GGW) programme to combat desertification in the Sahel region is not only critical to the fight against climate change but also makes commercial sense for investors.

A total of $20 billion has been pledged internationally to help scale up the Great Green Wall programme, including USD 14.3 billion at the One Planet meeting for biodiversity in Paris in January and USD 1 billion from Amazon founder Jeff Bezos at the just-finished COP26 climate conference.

More than 500 communities have improved their food security and revenue generation options thanks to FAO technical assistance. According to the report, the overall area covered by the GGW programme remains limited, with only 4 million hectares out of a target of 100 million.

The greening and regeneration of land over this 8,000-kilometer span of the continent are well beginning. Communities are planting durable tree species like Acacia Senegal, which produces gum arabic, which is extensively used as an emulsifier in food and drinks, and the Gao tree, or Faidherbia albida, which helps to fertilise the soil for the production of staples like millet and animal fodder.

“We need to change the rhetoric about the Sahel region,” says Moctar Sacande, International Projects Coordinator at FAO’s Forestry Division and one of the study’s lead authors, “to reflect the fact that, despite its harsh and dry environment, investors can get a viable return on their investment in efforts to restore the land.”

The study uses field and satellite data to track land degradation from 2001 to 2018, and then uses multiple scenarios tailored to local variables to assess the costs and benefits of fixing the land. According to the data, investors may expect an average return of USD 1.2 for every dollar spent in the massive effort to stop land degradation across the African continent, from Senegal in the west to Djibouti in the east, with outcomes ranging from USD 1.1 to USD 4.4.

According to Sacande, concrete specifics on how to get this money have yet to be planned out, and unless some of the funding is supplied promptly, planting may be too late to take advantage of the little rainfall forecast in June and July. The GGW spans the major areas of climate mitigation, adaptation, and resilience, with its potential for carbon sequestration and biodiversity restoration, as well as its emphasis on the socio-economic advantages to the region’s underprivileged residents.

Some have been suspicious of the region’s potential for a long time because of the region’s military conflicts. According to the report, approximately half of the land area is currently unavailable due to security concerns. Even with this factored in, the authors claim that land restoration interventions are still a feasible financial proposition.