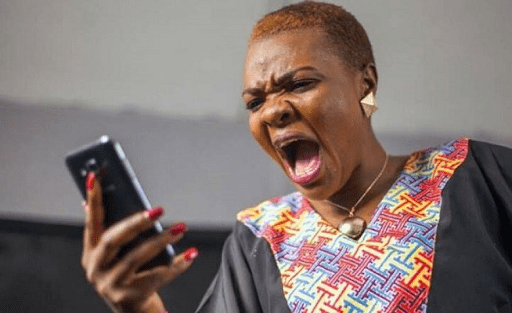 ‘A Life To Regret’ film producer, Billy Jeremiah Brown has fired Local comedienne, Mai Titi’s over her unprofessionalism on and off set. Her real name is Felistas Murata, about to make her debut in the acting career in the film ‘A Life To Regret’. The movie shooting has been going on in Tanzania with other actors since April.

According to sources, the movie will premiere in August and is about the hostile relations between a stepmother and stepdaughter. Mai Titi was starring as the stepmother in the movie but now Tanzanian musician, Angel Mary Kato is playing the role.

On their official Facebook page, it was posted that “It’s sad to announce that we had to terminate Mai Titi’s role and replace her with Angel Mary Kato due to lack of professionalism on set and whilst living and working with other celebrities as well as the crew. “We love Zimbabweans that’s why we picked someone from Zim but unfortunately we could not continue with her.”