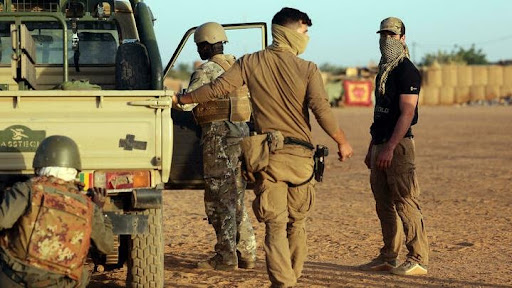 Christine Lambrecht, the defence minister of Germany said that she is sceptical of the Mali mission and suggested that it is highly unlikely Germany would be able to maintain the troops in the Mali region. This statement came in light of the growing unrest between Mali military rulers and international partners.

Ms Lambrecht also stressed that she had an impression, even though German soldiers have been helping Mali in their fight against the Jihadists, they were no longer welcomed in the region. Germany had a 9-year international counter-terrorism and peacekeeping mission in Mali and deployed 1200 military troops in the Sahel.

Despite the peacekeeping mission, tension and unrest escalated in the region between Bamako and its partners following the government failure to organize elections. It was also a result of Mali’s preference to work with private military contractors from Russia. The intrusion of the Russian Wagner group drastically changed the response of Mali authorities towards the Jihadist threat.

This is the first time that a higher-level German government representative openly questioned the prospects of the largest abroad mission of Germany. Germany began its mission in Mali with the aim to fight extremists, insurgents. However, over time very few believe that the peacekeeping mission has achieved much. If western forces are to be believed, the Russian troops will step in to fill the void, however, the Russian military vehemently denies the presence of the Wagner group now or in future in the Mali region.