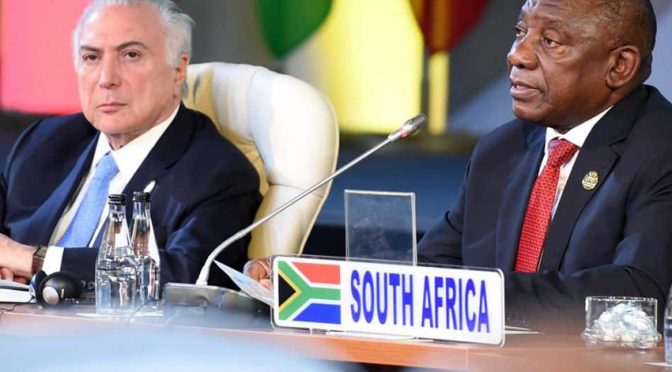 Mr Angad Anand, the Country Director of the Indian chapter for AAYFO pondered upon the immediate need of cooperation and collaboration between the two continents Africa and Asia. He also focused on how the youth of both Africa and Asia can change the dynamics and help solve common problems that have a lingering effect on both continents. The welcome address was delivered by Dr Kusha Tiwari, a distinguished academician at Shyam Lal College. The first conclave on Exploring Synergies between the Youth of India and Africa was inaugurated by the remarks of Professor Kar, Principal, SLC. Being the first keynote speaker Prof. Rabi Narayan Kar gave a deep insight on how youth from both the continents can hold hands and walk on a progressive path ensuring the well being of both the nations and the world in itself. He shared his ideas of planning winter and summer exchange programmes for students from his college to colleges in Africa for serving this purpose. The next speaker for the day was Mr Vansh Saluja (Secretary-General, Confederation of Young leaders).

He engaged the crowd and tested their general knowledge as he threw some questions to test how much the youth of India knows about Africa. He made the audience focus on the fact that to work with Africa, what we need to do is to first have knowledge about the other continent, without proper knowledge we won’t be able to achieve anything which will render us to serve no purpose. He was followed by Mr Chidozie Agumadu (General Secretary, Association of African Students in India) who expressed his views on how a relationship is built.

He stated that a country to another country relationship is just like a relationship between two human beings with trust being the basic fundamental in this selfless relationship. His practical words of knowing the good in others were one out of the many chords that struck with those of the crowd. The conclave ended with the last speaker Ms.Indrayani Mulay (Deputy Director, International Division, Confederation of Indian Industries) who very rightly mentioned that ‘Youth are the leaders of tomorrow and the centre of Decision making today’. She stressed on the facts about how India and Africa can grow in terms of economic and cultural ties and how they have a commonly shared culture. Later, the speakers were duly felicitated by the Country Director himself which marked the end of the conclave. His Excellency, Dr Christopher Nwanoro ( Minister Counsellor, Nigerian High Commission, New Delhi) was invited to the stage to grace this auspicious event by speaking about his inspirational voyage of life. The audience was enlightened on hearing about the extent of impact His Excellency has been able to deliver throughout his life. His story filled the audience with pure joy and zeal which was evident the audience feedback. His excellency also officially launched the Virtual Research and Innovation Centre of AAYFO India Chapter.

To further strengthen cooperation, a student Panel discussion on “ Shaping Young Minds for Sustainable Development” was started by the moderator Ms Kenisha Bathla. The four participants of the panel Mr Nayan Kulshreshtha, Ms Ashna Vig, Ms Myrrha Mussusa and Ms Gauri Malhotra respectively had a remarkable discussion on how the youth need to learn from the past and put their efforts to work on today rather than on the future. The audience was completely amused by hearing about the conditions prevalent both in India and Africa which they were ignorant about earlier. The event ended with a Valedictory session by Mr Angad Anand, The Country Director himself who couldn’t stop thanking each and every stakeholder present in the hall. His remarks, short but powerful, created an impact on the audience present which ended the day on a good and very warm note.