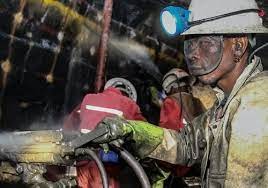 With almost 4.51.000 people of South Africa employed in the industry and its major contribution towards financial growth, the industry has always been criticized for poor safety and health regulations. The violation dwells despite the stringent value of regulations promoted in the mining industry.

According to the South African constitution, workers have a guaranteed right to a working environment that must not be harmful to their health or safety. This responsibility lies on the employers who are deemed to provide a working environment to their employees which is free from any health hazard. However, the mining industry of South Africa has become infamous for neglecting all the health and safety rules and regulations that neglects the fundamental rights of the local people. Over the years, this sector has failed to implement the government regulations of health and safety on various fronts such as the monitoring of occupational injuries and diseases.

Occupational health issues in the mining industry are related to an array of serious health conditions, mostly concerning the lungs, such as silicosis which occurs due to inhaling large amounts of silica. Another common mining industry-related health hazard is occupational hearing loss due to high levels of noise.

Even though South Africa has witnessed various hearing conservation programmes since its inception in 2003, organized by the Mine Health and Safety Council, there has not been a thorough implementation of the practices. The Mine Health and Safety Council, an organization that comprises the labour force, employers and the state conducted a nationwide study and found multiple gaps in the programmes with no clear action plans.

The Mining Industry targeted two domains of health and safety for employees: The first focused on no employee’s hearing capacity to be affected by more than 10% from baseline and the second factor ensured that by the same year in 2013 end, the total noise emittance from all the mining equipment should not be more than the sound pressure of 110dB.

At the review summit in 2013, the chairperson of the Mining Council confirmed that the mining industry was not adhering to the expected progress. This deeply relied on the non-regular monitoring of workers’ exposure levels.