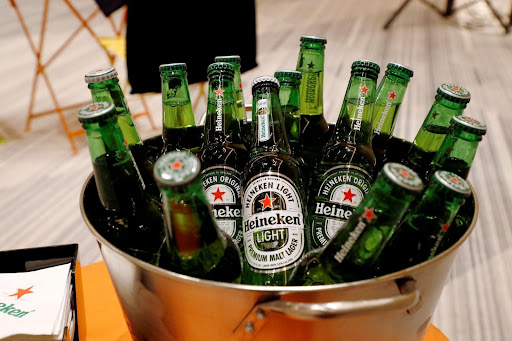 Dutch brewer Heineken has announced on Monday that the company is planning to take over South Africa’s Distell Group Holdings and Namibia Breweries Ltd. This merger is happening  to form a Southern Africa drinks group. As per reports it will be worth 4 billion euros ($4.6 billion).

This takeover of Distell will make a push into the wine and spirits business for the world’s second-largest beer maker along with liqueur brand Amarula and wines labels Nederburg and Two Oceans. According to the reports, Heineken will sell Distell’s British-based Scotch whiskies. Dolf van den Brink, Heineken Chief Executive, said the deal would improve metrics of sale and shares for beer, wine and spirits in South Africa, and would do the same in Namibia. This will in turn will mark the growth in other African markets, such as Kenya and Tanzania, he said.

As per reports, Heineken will pay 1.3 billion euros in cash and add its existing South African business, to pay at least 65% of the new business. The deal will be worth about $2.6 billion and a discount of 1.4% to the stock’s Friday close for Distell. Heineken will take over regional partner Namibian Breweries Ltd (NBL), with a current market valuation of about 400 million euros. The overall transaction is expected to increase margins over the medium term and boost earnings per share within the first year after completion.

Distell did not pay a dividend for the financial year ended June 30, as a condition for Heineken’s takeover proposal. Distell CEO Richard Rushton said the deal was likely to close by the end of December 2022 and shareholders would not be paid any interim or full-year dividend. Distell shares were trading down 7% at 169.34 rand as investors were not enthused by the offer price.

“Heineken and Remgro (Distell’s holding company) are the winners in this,””It matters less to Remgro what price Heineken is paying as it will remain invested in the unlisted Newco (new company), but shareholders were expecting that Remgro’s influence could have resulted in a higher offer.”  said Richard Cheesman, senior analyst with hedge fund Protea Capital Management, which holds shares in Distell.