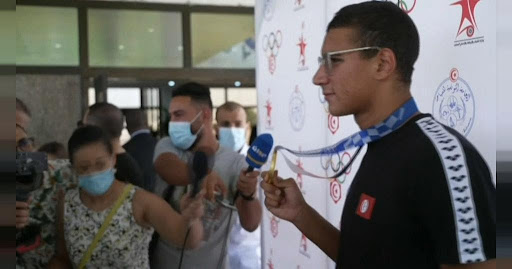 Officials and family members have welcomed Tunisian swimmer Ahmed Hafnaoui to the Tunis airport after winning the final of the men’s 400m freestyle swimming event during the Tokyo 2020 Olympic Games in Tokyo.

The day of Hafnaoui coincided with the anniversary of the moment the Tunisian monarchy was abolished in 1957.