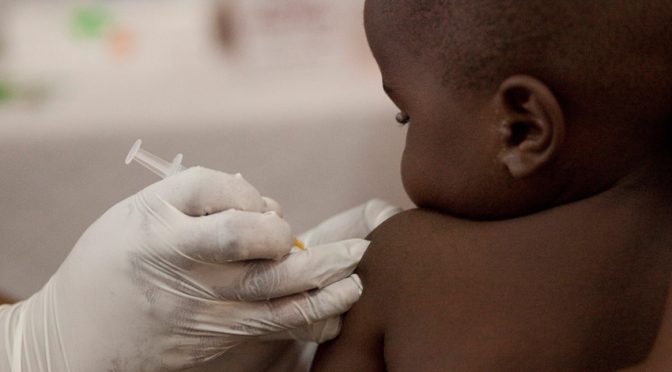 In Africa, every two minutes, a child dies of malaria. As per the 2015 World Malaria Report by the World Health Organisation, the severity of this epidemic has increased, especially after year 2000.

However, health officials have rolled out a vaccine that has the potential to save millions of lives every year.

The World Health Organization announced the launch of the world’s first malaria vaccine called RTS,S  in Malawi where children under the age of two started receiving the immunization. Ghana and Kenya will follow shortly.

An international collaboration among WHO, PATH, the pharmaceutical company GlaxoSmithKline and a network of African countries, this large-scale project aspires to vaccinate about 3,60,000 children. The Bill & Melinda Gates Foundation is also a founder of the vaccine.

Malaria is an infection caused by single-celled plasmodium parasite. However, the deadliest form of malarial infection is caused by a specific parasite known as falciparum. This malignant falciparum malaria is transmitted by the female Anopheles mosquito. To nurture its eggs, the mosquito bites a human and in that process, transmits the parasites into the human body. These parasites multiply in the host’s liver and on maturation, infect and destroy red blood cells.

The severity of malaria varies – based on the species of Plasmodium parasite. This life-threatening blood disease can spread through animal bites or mosquito stings, through blood transfusions, by sharing needles to inject drugs and from mother to her unborn child. Living in or visiting tropical areas, poverty, lack of knowledge, and little or no access to healthcare also contribute to malaria-deaths worldwide.