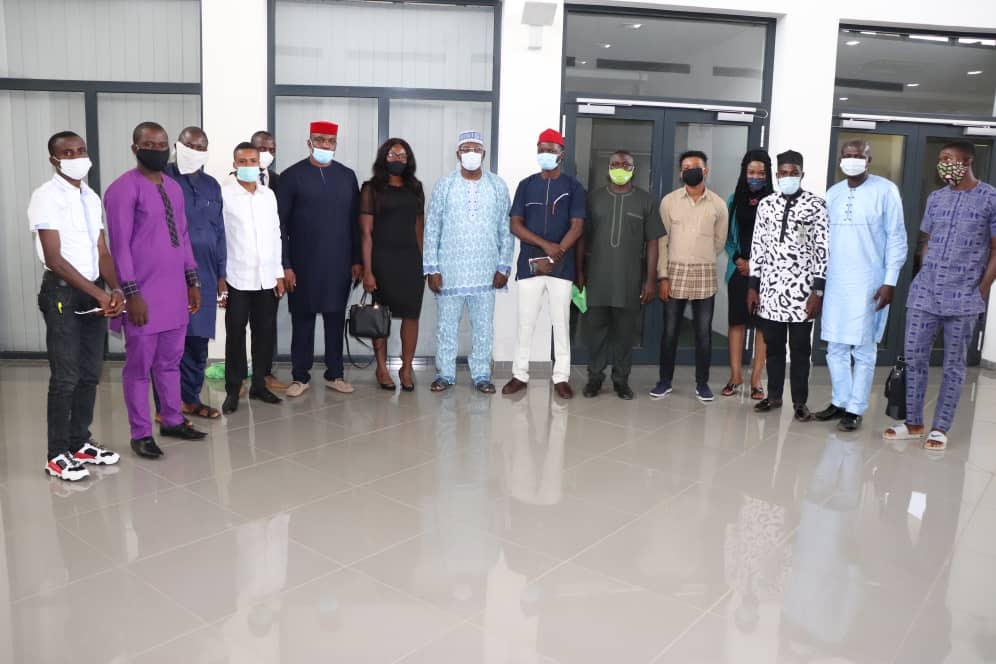 A movement that has beamed its searchlight on the Democratic Equity and Justice within the country, National Political Equity Movement, N-PEM, in its bid to celebrating the 2020 International Democracy Day, 15 September 2020 as declared by the United States, In Nigeria, engaged a House of Representative member, the Chairman House of Reps Committee on Treaties, Protocols and Agreements/Chairperson, Nigerian Parliamentary Israel Allies Caucus, Rt. Hon. Dr. Osssai Nicholas Ossai. The body whose engagement with Hon. Ossai turned out to be an educative and informative moment went extensively motivational.

Hon. Nicholas Ossai who described the Speaker House of Reps, Hon. Femi Gbajabiamila and the Distinguished Senate President,  Ahmed Lawan as Stars of Democracy disclosed that the country has gone a long way in its democratic journey pointing out that the height attained is a resultant effect of sacrifices from past and current national leaders in all the tiers of government.

Speaking on the movement, he stated that the National Political Equity Movement which has made 15 September, the International Democracy Day, popular In Nigeria is trending on the right path, pointing out that the task ahead is massive as a lot of work needs to be done in other to set a lot of things in its right place.

Earlier, the Convener of the movement, Amb. Obina Sunday Okereke, popularly known as His Excellency, in his welcome address, described Hon. Ossai as a leader with an amazing logical ideology of Democracy, a man who has a background knowledge of what the concept is and it’s rudiments.

Okereke pointed out that the Nigerian political structure, parties, groups, citizens and social-cultural organizations recognize the six geo-political zones of (South-East, South-West and South-South for  Southern Nigeria and North-East, North-West and North-Central for Northern Nigeria) that make up the federation of Nigeria. The power rotation at the presidency has conventionally been patterned between the Northern and Southern Nigeria. Since 1999, when Nigeria made a return to democratic governance.

As  Presidential political power is expected to return to Southern Nigeria in 2023; we strongly believe and advocate that major political parties should consider zoning the Presidency Seat to South-East Nigeria in the spirit of equity, equality, unity, fairness, national integration, loyalty, democracy, and inclusion”, Okereke added.

He stated that It is on the basis the movement makes her agitation for the South-East Equity Presidency 2023 in total recognition of established democratic norms and the fact that political power is not given, advocating that, base on Nigeria’s unique diversity, historical political structure, power arrangements and in fulfilment of the constitutional declaration of equality and social justice; including the urgent need for national integration, national progress/development, national healing, national loyalty, national fairness, national political justice and national belongingness that through negotiations, lobbying, consensus, solidarity, peaceful persuasions, superior civil argument and brotherliness, other zones should support the South-East for the Presidency of Nigeria after 24 years of return to democracy.