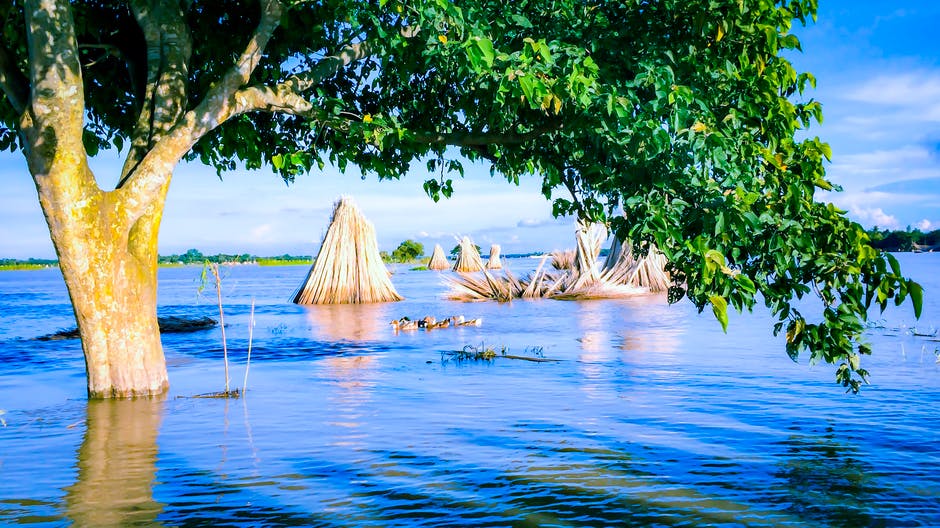 In India, way back Assam was shaken by a massive earthquake of 8.6 magnitude on Richter scale. It made the mighty Brahmaputra to go topsy-turvy. The river has never been steady after that. The State saw 12 major floods from 1950 to 2010 before it became an annual feature, thanks to deforestation, unplanned growth, and encroachment of flood plains. The current floods have been worst since 1988 with close to 130 humans – 99 of these in drowning and others in landslides – losing their lives besides nearly 200 big and small animals.

Assam happens to be the most a flood-prone state of India. The ecological balance in this State of the North East region was shook-up in the Assam-Tibet earthquake of Aug 15, 1950. The ‘jaljala’ measured a whopping 8.6 on the Richter scale. The massive occurrence had an impact on the entire geography. It resulted in the Brahmaputra not remaining a stable river and turned dynamic in nature. Course of the Barak River too was affected. From 1950 to 2010, Assam witnessed 12 major floods before inundation becoming an annual feature.

Wide spread deforestation, unplanned growth, the encroachment of flood and wet plains to build their houses and offices in the name of development without urban with proper templates and design are the other reasons. Almost on line of the rest of the country, the cities in Assam san adequate drainage! Adding to that are the randomly raised fortuitous dumps and absence of last mile connectivity for collection of waste in municipal limits. Climate changes because of ecological imbalances are the other reasons beyond control of any dispensation. Most dangerous, of course, is the ease of doing business on roadsides and large scale encroachments and lack of preventive planning on scales desired.

Assam has more than 400 embankments and almost 50 per cent of these are under various stages decay, wear and tear and almost in critical condition. Rather than strengthening the embankments, use of one time plastic item and deforestation is yet to stop in prohibited in places like Majuli – the world’s largest river island. Oblivious of the law people are still building houses near around the wet plains. Such information has to be clearly on the net as to what was allowed and what is not in a particular area.

If Government of Netherlands having similar problem like Assam could successfully implement workable and sustainable project under ‘Room for the River’ harnessing water of four rivers why cannot be a government design plan intended to address flood protection, master landscaping and the improvement of environmental conditions could work in Assam. The Dutch project was conceived and executed between 2006 to 2015. Assam can make use of the Delft Institute for Water Education which is offering River Flood Analysis and Modelling courses to improve water management across the world. Kerala too have expressed its interest in the scheme.

To quote the Disaster Management Data Records, in 2015, 42 people lost their lives in Assam, the number in 2016 was 28; 85 in 2017; 12 in 2018 and more than 50 people in 2019. Over 48 lakh people were directly affected during these years and a major portion of the Kaziranga National park (up to 90) has been underwater. Bio-scientists have already warned that one–horned rhino might become an endangered species. Many other indigenous communities being affected due to floods have already raised eyebrows at the international level. This year, close to 100 have lost their lives besides 28 getting killed in landslides! There have been heavy losses of big and small animals. Currently 517 relief camps in 26 districts have close to 50,000 housed in them.

Other than Assam, in Arunachal Pradesh, 8 people have died, in Bihar, around 55,000 people are affected and more 10,000 houses have been washed away and in Meghalaya, 16,400 households and 89,000 people are affected and also Sikkim is facing the same. These states cover the major northern and eastern parts of India. It’s not the real-time to complain but to focus on the possible solution and immediate action by understanding the roots of the problem.

It’s not the real-time to complain but to focus on the possible solutions and immediate action by understanding the roots of the problem. Ms Shravani Sharma, a Social Scientist whose expertise is Urban and Transport Planning says, “The natural terrain and topography of Guwahati was such that its natural slopes and storm water drainage capacity was enough to get rid of the water during monsoons. Many other major cities too had similar sewer and drainage capacity. However, with the years, continuous ingress of masses from rural areas has set a lot of pressure on infrastructure in all the major cities. Currently there are limited chances of horizontal expansion due to the tribal belts, hills and the Brahmaputra on the fringes. Very limited scope of vertical rise is there as the entire region lies on the seismic belt. In last many years numerous illegal settlements on the hills have led to cutting of the red soiled slopes leading to major siltation issues resulting in artificial flooding accompanied by various other factors.”

The wide institutional gap sometimes acts as a barrier to the smooth and speedy implementation of the process as it is not very clear on who does what and when. Therefore, vertical and horizontal institutional collaboration would do wonders accompanied by a bottom-up approach with the Central Government. Zones based planning needs to be implemented to maintain a resilient and sustainable ecological balance. To keep the economy going in calamities such as these, mitigation measures also need to be addressed in terms of maintaining livelihoods via alternative economic models and transport ways such as IWT (Inland Water Transport). Real-time monitoring on data and performance parameters would also enhance the level of performance on a long term basis after the alleviation measures are in place along with a special emphasis on R&D, Ms Sharma advocates.

Mr. Bishal Kumar Baruah, Founder and President at AATSU informed: “Dhubri is the worst hit with over 4.69 lakh people affected, followed by Goalpara with 4.49 lakh people, Morigaon and Barpeta with 3.5 lakh. Assam has been this time facing two problems simultaneously. Floods as well Coronavirus have affected most part of the population. AATSU has organised a Flood Fundraiser Campaign from July 20 to 31, 2020 to help the poor and needy people who lost everything during the floods of Assam.

Non-profit organisations like Small Wish International are distributing emergency aid kit to Women and children which includes sanitary pads for women, Cerelac for infant children, paracetamol, 5 litres packaged water, phenol & bleaching powder, antiseptic cream, soap, sanitizer and masks. At the same time, The Uncivilised Indian (UCI) Foundation is committed to working for the society as they did during the Covid-19 lockdown. On the weekend their team served 70 families in one of the districts of Assam. Where there’s a will there’s a way. On the other hand, Nitu Das from Sibsagar, alone is selling his amazing painting and the money earned, he is donating to the victims of the flood.

Mr Adil Hussain, Indian actor has addressed Assam Floods issue in his interview with BBC. Local news portal G-plus stated that 157 animals have been rescued in this flood season of which 58 were injured due to floods, and 1 was hit by a vehicle. Among those injured were 2 Rhinos, 1 Wild Boar, Wild Buffalo, Swamp Deer, King Cobra, Bengal Frolican, Yellow Footed Green Pigeon, and a Lesser Adjutant Stork. In addition to these, 118 Hog Deers, 4 Tigers, 22 Pythons, and 4 turtles were also rescued from the wrath of floods. The water level of the Brahmaputra in Nimatighat, Numaligarh, Dhansirimukh, and Tezpur is still well above the danger mark. However, water at Pasighat and Dibrugarh is flowing below the danger mark.