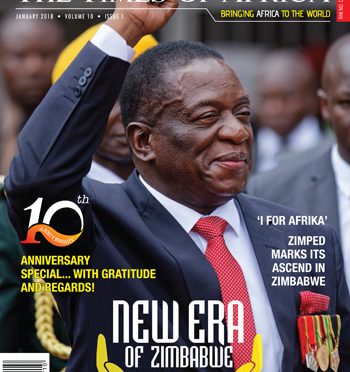 From Resolutions to Reality!

Let me tell you a story!

Madonna Public School, Ghana, was probably where it all started from where a young Indian boy received his schooling. Growing up in this west-African nation, he observed how his parents, both doctors, worked tirelessly for the welfare of the local people. Somehow, he felt a sense of belonging and warmth in this foreign land. Little had he thought that this thread of affection would guide him to weave a lifelong relationship with the African continent. He resolved to work for this dynamic demography and turned it into a reality.

Cut to 2018 and here we are! Celebrating 10 years of ‘The Times of Africa’. As the sunset rolls and we get a year older, we look back in anticipation, acknowledge and appreciate this journey through our ‘10th Anniversary Special’ feature. The year 2017 has been unpredictable, to say the least, as long-established norms have been broken and transitions – political, economic, and social – have taken place all over the continent.

Our Cover Story ‘Zimbabwe Shall Rise Again’ highlights the first army intervention in the country’s politics since it gained independence from Britain in 1980 and the dramatic change in leadership that followed. For over a decade, we have defied stereotypes and redrawn the lines to provide extensively researched reliable content for our robust readership network that includes diplomatic missions, intergovernmental organisations corporate and export houses, and international institutions.

Through all these years, our association with ambassadors and the esteemed staff members of all the embassies of Africa in India and the Indian diplomatic missions in Africa has only strengthened with time. And the year 2018 not only marks our 10th anniversary but also is a pivotal juncture in the relationship that we have with Africa. From here, we herald towards an era of new beginnings.

The name of a publication stands tall only because of its readers. Thus, with a hold on the present and an eye on the future, we ‘The Times of Africa’ would endeavour to expand our reach to increase as much awareness about the economic potential of the African continent as possible.

For this, we envision to magnify our operations in all the regions – from Ras ben Sakka, the northernmost point of the African continent to the southernmost point i.e. Cape Agulhas (and not at Cape Point as many people believe). We would multiply our efforts to bring apex business organizations and political heads from all across the globe to facilitate networking, sharing of ideas, technology, knowledge and expertise.

This move will act as a catalyst in realising our dream of a developed and stable African continent. Further, in consonance with our habit of fearless journalism, we will continue to be the voice of the youngest continent of the world. In the face of conformity, The Times of Africa would always aspire to bring Africa to the World.