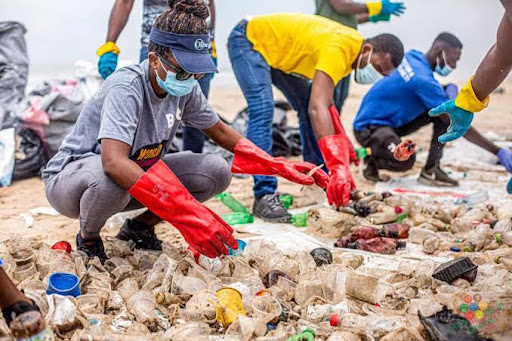 South Africans living in Alexandra, Johannesburg marked World Cleanup Day on Saturday by cleaning the banks of the polluted Jukskei river. The river is a source of drinking water for the residents but there is a serious problem with sewage pollution on the river due to an aging infrastructure and a backlog of maintenance.

Around 50 million volunteers in 180 countries have picked up litter beside rivers, on beaches, and in forests on World Cleanup Day. Each year eight million tons of plastic end up in the oceans, which are also where 70 percent of the world’s oxygen is generated.