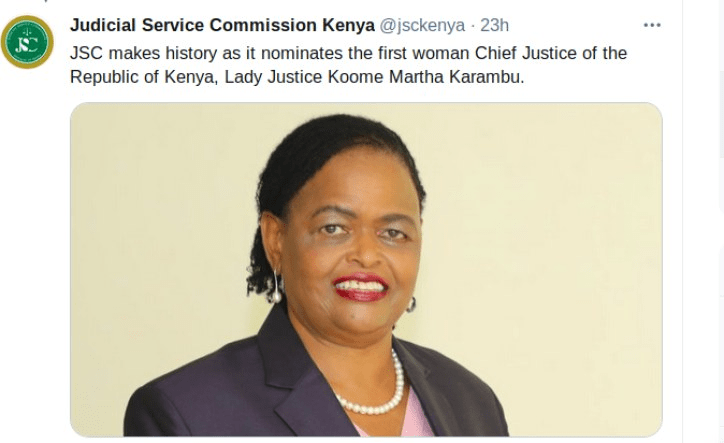 The Judicial Service Commission (JSC) has nominated Justice Martha Koome Karambu for the position of judge and recommended her name to President Uhuru Kenyatta for appointment unanimously. Other than Ms Koome there were 9 other candidates who were interviewed by the JSC over the last fortnight .

Prof Mugenda said that “Our duty was to select the best candidate and that’s what we have done, and also on why the JSC will not release the scores for each candidate.” She also announced that interviews for a Supreme Court judge will resume on May 3. She said all the candidates are going to be notified immediately of the dates once they will face the panel.