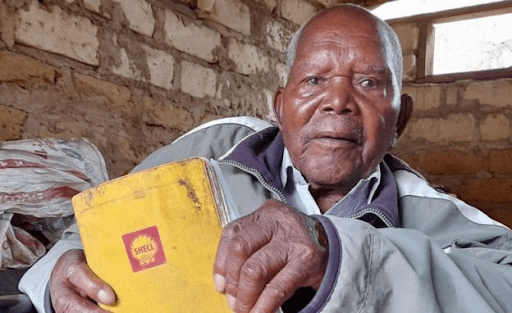 Veteran insurgent Herman Mwandighi has died at West Sub-County hospital in Taita Taveta County at the age of 101. Mr Mwandighi, who also participated in WWII, died while receiving treatment at the hospital on Thursday. The veteran freedom fighter was getting treated for some time after his right leg was amputated in 2016. He has been undergoing treatment both at the hospital and at his range in Lushangonyi village.

Mr Vernant Mwazumbi said his father breathed his last within the morning when he had visited the hospital for his routine clinic. “We were just about to see the doctor when his condition worsened and he passed on,” he added.

Born in 1920 at Kilongwa village in Wundanyi, he was inspired by his father to travel to high school and obtain an honest job within the colonial government.

At the age of 21 years, Mwandighi was deployed to Abyssinia after Kenya was dragged into British military campaigns in 1941 to 1945 during the Second war.