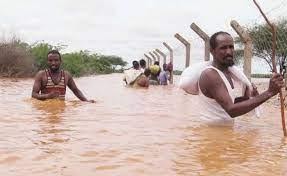 Kenyans across the country raised their concern over the bodies being dumped in the western region of the river. Millicent Omanga, an activist in the country tweeted a post saying that the Yala bodies must concern everyone and the nation deserves answers from the police to unravel the mystery. A thorough unravelling will restore the trust in Kenyans that has been shattered by the incident.

As per the reports, the bodies in the Yala river are unknown men, with many of them undergoing torture by tying with ropes. A local resident upon interviewing said that 31 bodies were retrieved from the river since July 2021, and there are still unrecovered bodies in the river.

Initially, the officials did not agree with the resident, but later they followed him to the river, where they recovered the bodies within minutes. The officials define the scene as being sickening. According to the locals, the bodies were dumped in the river in different vehicles.

The local residents are demanding their security from the Kenyan police, who are not terrified of this gruesome incident that shook the country.