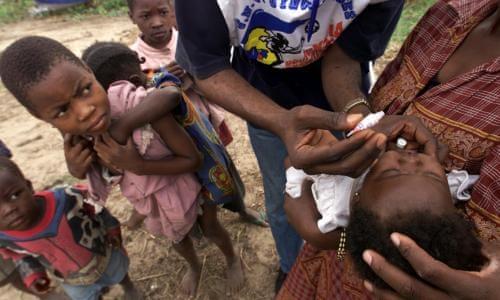 Malawi, in east Africa, declared a polio outbreak in the region as a young child was tested positive for polio in the capital city. The poliovirus strain found in the region is linked to the one found in Pakistan. This case has been observed as the first case in Africa in 5 years. The World Health Organization said that the similarity of the virus found in Lilongwe to the one circulating in Pakistan, where it remains to be an endemic is undeniable.

According to the Global Polio Eradication initiative, the polio case observed is in a 3-year old girl in the Southern region of the country. Her situation was highlighted when she started experiencing the commencing pf paralysis last year in November.

It is further addressed that considering it is an imported case in the region, it would not affect the African region’s poliovirus free-certification, and the WHO is taking swift actions to prevent its spreading. WHO further added that Africa has developed a quick detection of virus and has high surveillance on poliovirus across the continent. This has enabled them to launch a rapid response plan and protect the children from the deteriorating impact of the poliovirus.

The last case of polio in Africa was found in the year 2016 in Nigeria. According to the authorities, they are taking every case of poliovirus on priority and considering every single one of them vital so that they can mobilize all the resources and support the country’s response towards the outcome.