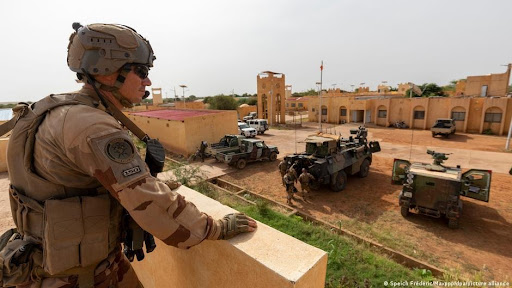 The western countries have accused the Russian government of deploying Wagner fighter mercenaries in Western Africa. They also raised speculations of Russia providing material support to the mercenaries which can further deteriorate the West African security situation.

The Wagner fighter group, also known as PMC Wagner (Private Military Company) has taken part in conflicts, including the Syrian war and the war in Ukrainian Donbas. The notorious group was first identified in the year 2014 and since then it has extended its activities in Libya, Syria, Central Africa and Mozambique.

The deployment of these controversial forces caused anger amongst the countries including Germany, Canada, the UK, and France. However, Russia denied any connection or material support to the shadowy Wagner group. The European Union recently imposed sanctions on the private military group and accused them of serious human rights violations.

Western countries in a mutual statement warned about the involvement of the Wagner group and stated that the military group can cause human rights aggravation and threaten the peace of the already torn country. They further added that the actions by Malian authorities to involve the Wagner group to scare the already scared public is deeply regretted. The statement was jointly made by the Czech Republic, Denmark, Belgium, Estonia, Canada, Germany, France, Netherlands, Italy, Portugal, Lithuania, Norway, Portugal, Sweden, UK, and Romania.

Mali has been at the epicenter of insurgent activities since 2012 which have penetrated to the neighbouring Burkina Faso and Niger causing the displacement of millions of people.