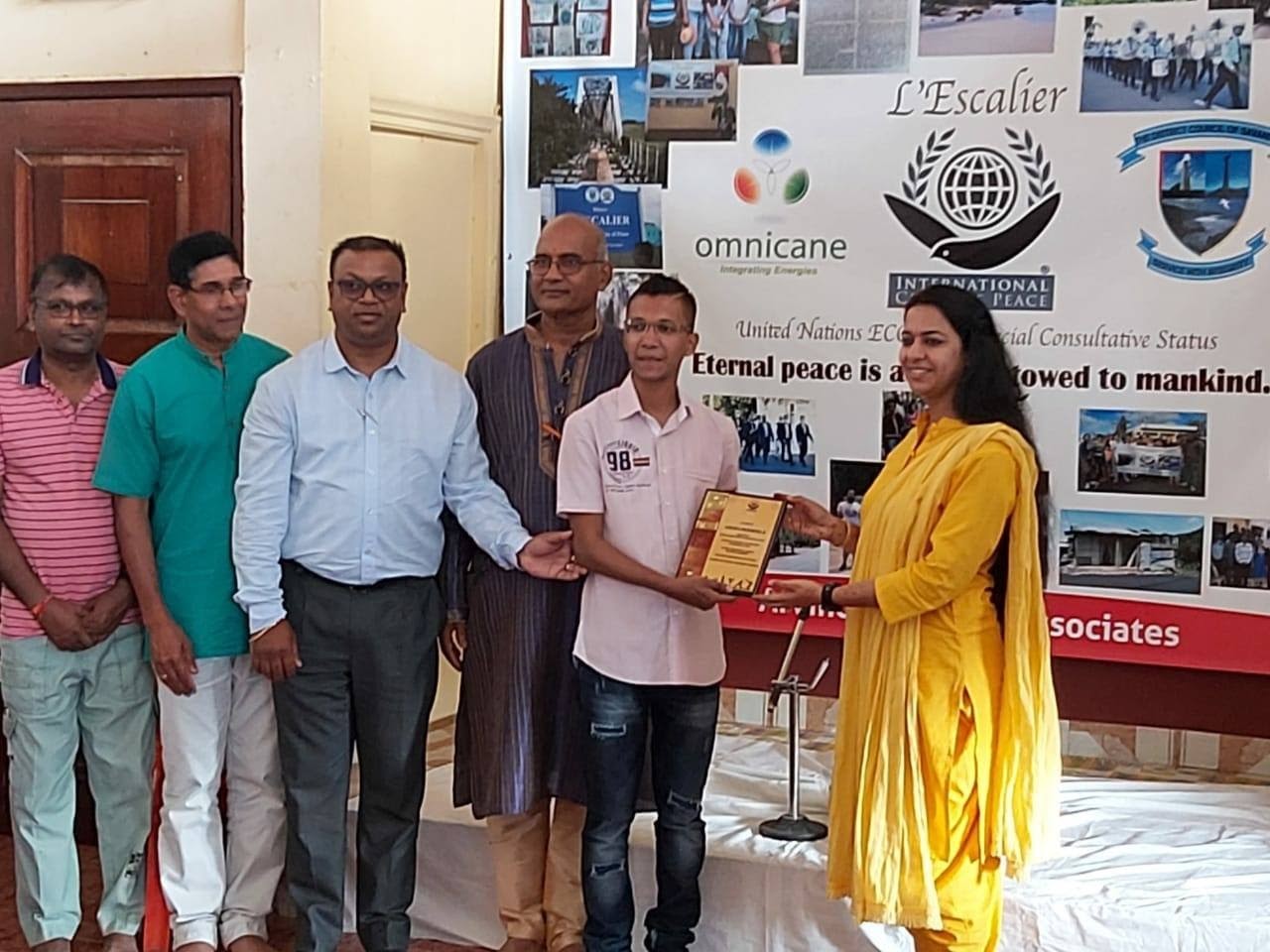 Yoga Workshop conducted by the Director of the Indira Gandhi Centre for Indian Culture under the aegis of the High Commission of India to Mauritius.
Spread the news

In view of the forthcoming Divali festival, the National Organising Committee of L’Escalier International City of Peace organised a trio of activities on Saturday 7 November 2020 at the Social Welfare Centre of L’Escalier. The event was graced by the Director of the Indira Gandhi Centre for Indian Culture (IGCIC) Acharya Pratishtha Saraswat Ji, under the aegis of the High Commission of India.

The event began at 1 pm with children of different age groups of the village gathering at the Social Welfare Centre. Coloured rice, chalks and artboards were given to them by the National Organising Committee. It was really pleasing to see how they were enjoying drawing and making the Rangoli of different shapes including Lotus flowers, lamps, etc. Innovative ideas came up with some participants making very attractive coloured designs from 1 pm to 2.45 pm.

Acharya Pratishtha Ji arrived in her diplomatic vehicle at 2.45 pm. Everyone gathered around as she visited and enjoyed the Rangolis made by the children. As she stated, the children are the future generation of tomorrow. At 3 pm, Acharya Pratishtha Ji was given the honour to lit the lamp given that the Divali celebrations were also being conducted on this occasion.

Acharya Pratishtha Ji made her way to the main hall of the Social Welfare Centre of L’Escalier where she started the Yoga Workshop: Why Yoga and When Yoga by emphasising the health benefits of yoga for individuals, including morally and physically. A Kathak Guru, Mind Therapist, Author, Choreographer & International Yoga Expert, as she spoke, the audience was very attentive to her words and displayed an unflinching discipline. During one hour, she performed different effective Yoga Postures that she encouraged the participants to practice on a daily basis to get rid of different health problems like migraine and back problems, to cure Sciatica and to make their memory strong.

Acharya Pratishtha Ji concluded her session with a question and answers. Mr Chelvin Ramsamy, Peace Ambassador for the L’Escalier International City of Peace then offered a Token of Appreciation to her in recognition of her dedication and contribution to promoting yoga in Mauritius throughout her mandate as IGCIC director.

After the yoga workshop ended at 4 pm, the participants were invited for a cake sharing activity in view of the Divali celebrations. Indeed, many participants had cooked and brought a wide variety of cakes.

A lot of positive feedback was received from the attendees.

“The vote of thanks was given in favour of Omnicane Foundation, the main sponsor of all activities since the village of L’Escalier was awarded the distinction of the International City of Peace. Omnicane Foundation through its Corporate Social & Environmental Responsibility has been contributing immensely during the last few years to the advancement of the society in Mauritius and to creating a more peaceful island.”