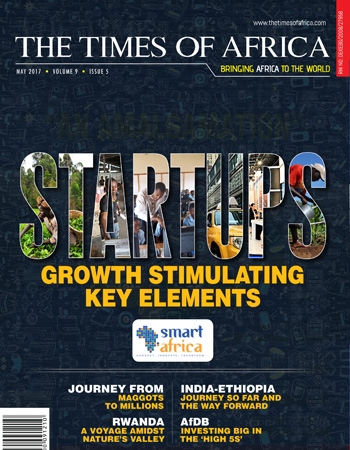 IIt is a now a widely acknowledged fact that the world’s ten youngest nations by population are mainly in Africa. One can thus envisage the beaming future that lies ahead for this continent! The young brains are drivers of a nation, and have the potential and ambition to take the economy from the fringes to the forefront. And this juggernaut is practically emerging as the next big thing by giving wings to its dreams in the form of Start-ups.

Thomas Edison, co-founder of General Electric, once said, “The value of an idea lies in using it.” Sometimes, the right path is not the easiest. Similarly, a goal without a plan is just a wish. Our cover story in the May 2017 edition, ‘Start-ups: growth stimulating key elements,’ aptly sums up this sentiment that authentic, tangible notions, catering to what people need and what has not been done, when aligned with passion and perseverance, can prove to be a game-changer in the conventional way of doing business.

As they say, novel ideas can turn rags into riches and also ducklings into swans; the editor’s perspective captivates the inspiring story of the expedition ‘From Maggots to Millions’, while our post-analysis features elaborate developments on ‘India-Ethiopia: the journey so far and the way forward’, how Mali and India are ‘Inking progress: in letter and in spirit,’ and ‘Why do we still need an International Women’s Day?’

With ‘Senegal re-launching its air transport’, we bring exclusive developments from the African continent, including excerpts of a rendezvous with the President of the African Development Bank, and also the countries that are oiling the wheels of Africa’s growth engines.